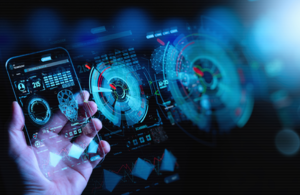 2G and 3G mobile networks will be phased out of use in the UK by 2033 under plans to help bring in new telecoms suppliers to build the UK’s 5G networks.

Digital Secretary Nadine Dorries announced the ambition, alongside £50 million of telecoms research and development projects, ahead of her first visit to the United States where she will meet with US Secretary for Commerce Gina Raimondo.

The leaders will renew their commitment to diversifying the global telecoms supply chain and discuss shared ambitions and co-operation on transatlantic data policy. The Digital Secretary will meet with several senior ministers and officials on the four-day visit to Washington DC and New York to build cooperation on her digital and tech priorities.

The announcement follows the recent passage of the Telecommunications Security Act through Parliament and forms part of the government’s £250 million strategy to build a more competitive, innovative and diverse supply chain for telecoms, to reduce the world’s over-reliance on a few equipment makers. The UK and the US are united in their mission to resolve this global issue.

The government has agreed with the UK mobile network operators (MNOs) Vodafone, EE, Virgin Media, O2 and Three that 2033 will be the date by which all public 2G and 3G networks in the UK will be switched off.

The plans will free up spectrum – the radio waves used for sending and receiving information – to allow for the mass rollout of 5G and other future networks such as 6G which will help create huge possibilities for people’s lives. These technologies will help power driverless vehicles and drones, immersive virtual and augmented reality experiences, as well as innovations in tech to achieve Net Zero and improve healthcare. The hyper-fast speeds of 5G will also revolutionise internet accessibility on the go.

Today we are announcing a further £50m to put the UK at the forefront of mobile connectivity and to make sure our telecoms networks are safe and secure now and in the future.

“We can only do this through stronger international collaboration and I will be meeting with our US allies today as we strengthen our ties on technology.”

In the next step in the tech revolution, the government and MNOs are also announcing new plans to boost innovation and accelerate the rollout of a new wireless communication technology known as Open Radio Access Networks (Open RAN), which enables mobile networks to be built using a variety of different equipment suppliers.”

Open networks can feature components from multiple suppliers within one mast site or allow for components to be exchanged or used as replacements at masts that, until now, have been kitted out by a single supplier.

The new plans include a joint ambition for 35% of the UK’s mobile network traffic to be carried over Open RAN by 2030, £36m in funding for fifteen projects to trial the technology across Scotland, Wales and England, and a £15m cash injection for the SONIC prototype testing facility for next-generation telecoms tech.

SONIC Labs opened in June 2021 with an investment of £1 million. The extra £15m will be invested so the Lab can expand its programme of testing and international engagement.