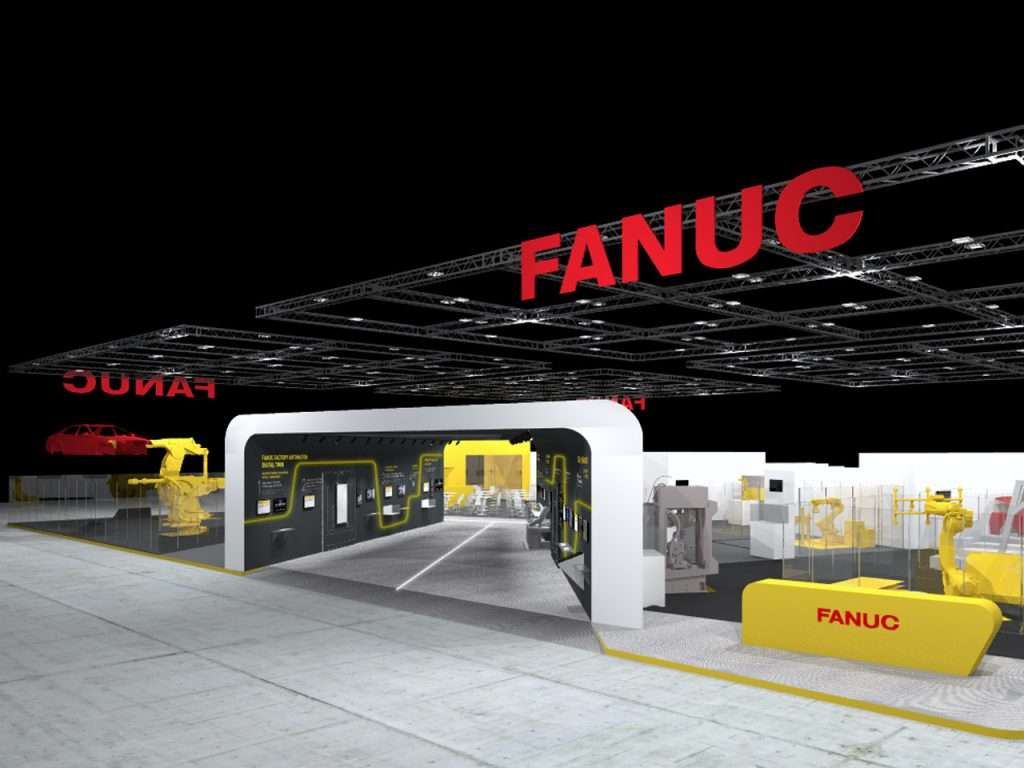 EMO Milano 2021 will host a major showcase of advanced manufacturing technologies from FANUC, including several products making their European debut

Milano – During EMO Milano 2021 (4-9 October), FANUC will show a number of new technologies on its 1250 m² stand E02 in Hall 7 that turn the vision of an automated future into present-day reality.

Six key areas of the stand will host innovative physical and virtual exhibits. The focus is on ‘ONE FANUC’, a unique technology for complete automation that adds value for machine manufacturers, plant builders and operators from a single source: FANUC.

Within the ONE FANUC area visitors will see CNC machine tools, various robots and software solutions working in unison, showing that integration has never been easier. In addition, these cell-based solutions will connect with Industrial IoT applications running on FANUC’s FIELD system platform.

Part of the ONE FANUC area will concentrate on ‘green mobility’ solutions for EV battery handling featuring multiple robot applications. Also, FANUC vision technology like the 3DV-1600 sensor gives an additional advantage in such applications.

Apart from themes such as green mobility, FANUC’s EMO stand will focus on medical technology, optics, metal cutting and the robotisation of all manufacturing processes.

The visual centrepiece of the stand will be the FANUC factory automation (FA) gallery. Of stunning aesthetic design, the tunnel-like gallery will showcase a wide spectrum of FANUC FA solutions, including digital twin technology.

The efficient automation of machines is an important topic of the show. FANUC as the leading industrial robot producer in the world will display most of its latest models at EMO.

Alongside the robots, FANUC will present an ROI (Return on Investment) calculator for robotisation. This web app features a dashboard that sets out the potential savings available in an easy-to-understand manner.

Regarding ROBOMACHINES there will be a trio of European premieres at the exhibition. In fact, FANUC is this time renewing all three models (ROBODRILL, ROBOCUT and ROBOSHOT) in its ROBOMACHINE line up.

The ROBODRILL α-DiB-Plus series of vertical machining centres will be available from the beginning of 2022. Innovations such as revised spindle variations, new control options, servo drives and mechanical improvements have made the latest ROBODRILL even more effective, reliable, fast and easy to use.

The new ROBOCUT α-C400iC and C600iC will be on display at EMO, the smaller of which will join forces with a FANUC CRX collaborative robot (cobot).

Notably, a FANUC ROBOCUT α-CiC produced the injection mould inserts for use on the third new ROBOMACHINE on show at EMO: the ROBOSHOT α-SiB injection moulding machine.

At the exhibition, the ROBOSHOT α-SiB will incorporate a FANUC handling cell based on the company’s QSSR (Quick and Simple Start-up of Robotization) concept with a FANUC LR Mate robot.

The road to digitalisation

FANUC’s Industrial IoT area at EMO will demonstrate scalable IoT solutions that aim to increase manufacturing efficiency, in particular to increase the productivity, quality and uptime of production processes.

FANUC’s service offering will also have its own area on the stand with the FAR (FANUC Assisted Reality) software tool for remote service on display. Last but not least, FANUC will present its service performance of 25 hours MTTR (Mean Time to Repair) and 99.97% service parts availability – both of which are being achieved throughout Europe.

For those unable to make the trip to EMO due to the current situation, FANUC UK is hosting an Open House later this year at its HQ in Antsy Park, Coventry between Monday 1st – Friday 5th November. There will be a full line-up of speakers as well as a demonstration programme spanning three distinct themes on Tuesday, Wednesday, and Thursday, which is bookended by two open days for exploration of its facility on the Monday and Friday.