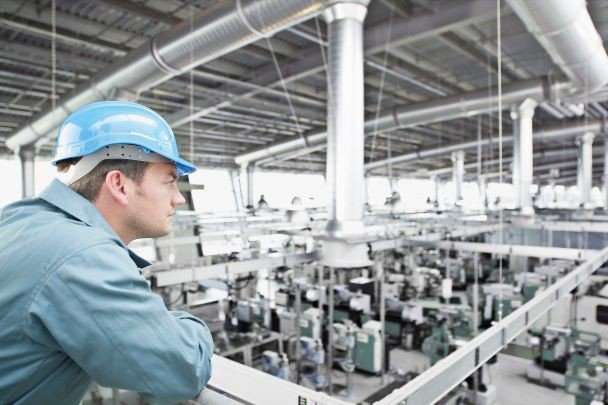 According to the State of Engineering Survey by Engineering UK, the industry requires 265,000 new skilled entrants annually in order to meet demand by 2024. Martyn Williams, managing director at industrial software provider COPA-DATA UK, examines Britain’s engineering skills shortage and explains how automated engineering can redefine the role of the manufacturing engineer and ultimately bridge the skills gap.

Britain’s engineering industry is experiencing a unique challenge. While the sector is thriving economically, a lack of talent entering the industry is raising concerns about its long-term sustainability. But what is causing this lack of interest from the younger generation?

The state of engineering

Salaries for graduate engineers sit well above the national average, with post-graduate qualifications adding a further premium. What is more, there is no gender pay gap across engineering disciplines, which are bolstered by various schemes and initiatives to encourage women to embrace the subject. Clearly, there’s a strong case for pursuing a career in engineering, yet there remains a shortfall of 20,000 engineering graduates each year — and that’s a conservative estimate.

One of the criticisms of the industry is the failure to portray what a career in engineering actually consists of — perhaps due to a lack of understanding in schools. Engineering is hidden in the school curriculum, inside maths, physics and design and technology – it is often up to students to draw the link between the subjects and an engineering career.

This lack of understanding has impacted manufacturing. According to a poll of 600 industry professionals, 67% of manufacturers said they were worried about the future availability of skilled staff for their business. To make matters worse, 83% of these believe there are not enough young people working in British manufacturing and engineering. Teaching young people about the profession to encourage them to consider an engineering career is therefore a good place to start.

The same report, states that nearly three-quarters of manufacturing professionals believe it is the Government’s responsibility to tackle the problem, specifically with regards to education. When asked what the Government can do to encourage younger people to consider engineering, improved education, apprenticeships and a more positive image of the industry were all noted.

While the Government does hold some responsibility, it is also down to those working in the sector to ensure the industry’s current perception changes.

Studies to benchmark young people’s awareness about engineering almost always have similar results, stereotyping engineering as an ‘oily rag’ profession plagued with repetitive and menial tasks. For those of us already in the sector, we know this isn’t true.

Robotics in manufacturing facilities has reduced the need for human operators to manually complete pick-and-place, assembly and inspection tasks. In electronics components manufacturing, for example, a SCARA robot can complete the assembly process faster and more accurately than a human worker, allowing employees to take on more varied tasks.

Looking into the realm of industrial software, the scenario is similar.

COPA-DATA’s zenon, uses automated engineering to enhance employee workflow by supporting the project engineer on monotonous tasks. For example, wizards and tools can be used to automatically create elements for big projects, eliminating the need for repetitive coding and manual configuration.

Automated engineering allows projects to be created either partially or completely automatically. This can happen by programming, using scripts and macros or an external program, or by simply setting parameters in existing wizards and tools.

Consider this as an example. A manufacturer needs to create the same variables and functions across every machine in the factory. While it is possible for a human to complete this task manually, it will take a substantial amount of time and could leave room for error.

In tasks like this, automation is worthwhile. The data is probably already available electronically, therefore automating its input will lessen the likelihood of mistakes. To improve matters further, intelligent software will highlight any anomalies in data that may not have been identified by a human employee.

Promoting this modern method of data input eliminates misconceptions that engineering roles are uninspiring, repetitive and dull. However, this reduction of manual tasks also works as a way to retain the talent already working on production lines.

To bolster the reputation of the engineering profession, today’s existing employees must be proud of their roles. By reducing unskilled tasks, like manual programming and configuration, employees will be freed to take on more creative, interesting and innovative roles. As a result, the industry will create engaged science, technology, engineering and maths (STEM) ambassadors to inspire the next generation.

Minimising manual configuration improves the perception of engineering careers and can also provide manufacturers with more flexible and customisable production techniques. For example, for machine builders, automated engineering is particularly advantageous as a way to fulfil demand for customised products.

Original Equipment Manufacturers (OEMs) and machine builders are under pressure to manufacture products in small amounts. Today’s customers want one-off, specialised equipment for their facilities, but producing machinery to meet these unique specifications is a colossal task — at least when completed manually.

Using automated engineering, OEMs can use pre-configured modules, as opposed to using one closed system. The module could describe an individual device, a piece of equipment or an equipment group, that are simply connected using Ethernet. By breaking up and replacing the traditionally rigid structures of automation, these modular applications allow OEMs to be more flexible in production.

Unlike traditional production management, this process also reduces complexity for employees and eliminates the need for engineers to repetitively program machines. As a result, there is a reduced likelihood of errors and faster time-to-market expectations. Flexible production can therefore kill two birds with one stone, improve staff’s enjoyment of their roles, as well as improving production processes.

Unsurprisingly, there are arguments that suggest increasing automation will reduce the need for human workers entirely. According to a study by YouGov, 34% of British workers believe that the introduction of automation could damage their job security. In addition, 22% believe that their wages will be reduced because of new technologies.

However, as Engineering UK’s study suggests, that is not the case. Instead, employers in the engineering sector anticipate an increasing need for people with higher level skills — those that hold qualities that can’t be replicated by automation.

To some extent, concerns about the threat automation poses to employment are valid. Some jobs are being displaced by the introduction of new technology. However, as this technology increases productivity, efficiency and revenues for manufacturers, entirely new job roles in the engineering sector are being created.

Characteristically, engineers want to invent, create and innovate. But, with workflows filled with tedious and repetitive tasks, the engineering workforce is not fulfilling its potential. As opposed to fearing the threat automation poses to jobs, employers must embrace automation and equip their engineers with the skills to work alongside these new technologies.

Put simply, the misconception that engineering jobs are boring, repetitive and uncreative will not be present for much longer. But first, the industry needs to highlight the advantages of automation to the sector — it won’t replace jobs, just make them more interesting.