Bringing digitalisation to ‘a new level’ 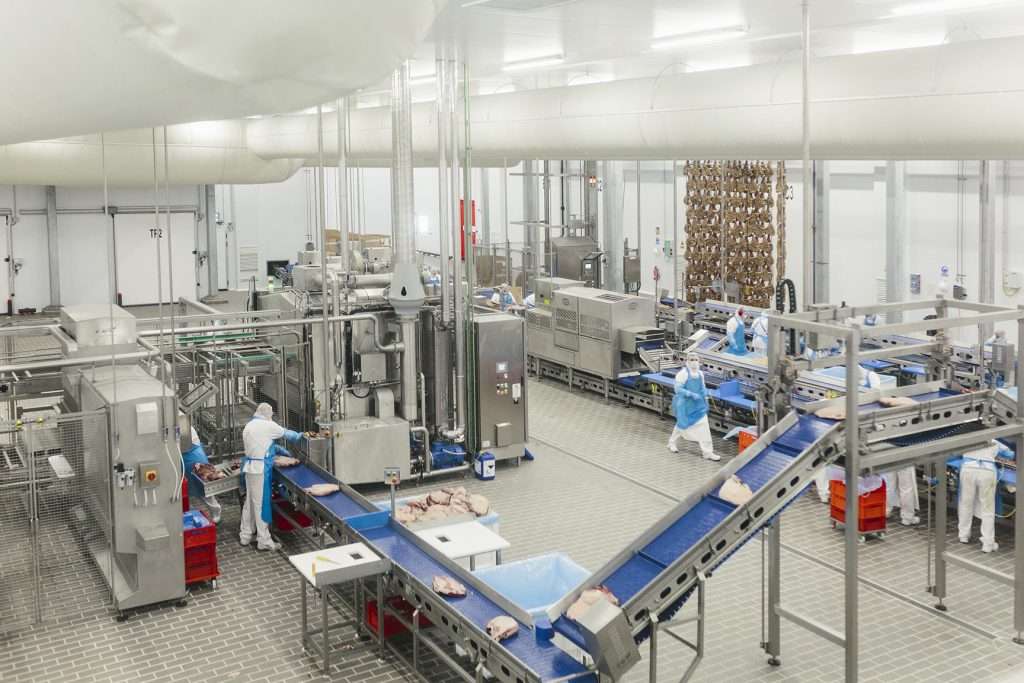 IT solutions from CSB-System have brought digitalisation to ‘a new level’ at the Spanish ham factories of international Swiss food company Bell Food Group.

The production facilities in the Spanish ham regions of Extremadura and Castile-La Mancha have been brought to an entirely new efficiency level over the past few months. Until recently, redundant work steps and incomplete information were substantial cost drivers. One of the most important requirements of the Bell Food Group was therefore to change from a paper-based data capture execution to a digital information flow in areas such as the processing of recipes, purchase orders, and traceability.

For example, at its factory south-west of Madrid, which has a production capacity of 5,000 tons of raw ham including the popular “Jamon Ibérico”, up to one million hams can be hanging in the warehouses for drying and aging; and with different breeds of pigs processed in different types of ham and having different curing and aging times depending on the quality and the designated certification, the implementation of traditional methods on a large scale and in an industrial environment can be challenging.

“In the past, the facility did not really have an exact, comprehensive overview of the production process,” explains Sven Friedli, Bell Food Group’s chief information officer. “For stocktaking, for example, it took weeks to count all hams. Now, we have introduced an integrated supply chain solution that tracks the entire process, from the purchasing of the pigs up to the sale of the ham. All information and data are available in a single system across the entire process so that stocktaking is accomplished with a mouse-click – just like checking revenues.”

“The quick availability of information in the ERP enables us to act much quicker,” confirms Peter Ettrich, who is responsible for the CSB applications at 19 Bell factories all over Europe and was the overall project manager for the project in Spain. In labelling, Bell Food Group has also seen rapid progress thanks to the reduction of errors. The installation of a ham grading system has advanced the integration of software and hardware.

In addition, ERP has generated added value by optimising order picking, with digital information replacing paper forms. The use of hand-held devices not only accelerates processes, but also reduces errors and, consequently, necessary rework.

Overall, the project has been a huge success and helped Bell Spain to overcome problems in the production processes by means of technology – an achievement that was only possible, as Friedli emphasises, because the IT team and the consultants at Bell Spain devoted a lot of time to it. “We have intensively investigated the steps in production, the type of reports required by the company, and the best ways for generating useful data from the various steps of the production cycle,” he says.

Friedli believes that the company’s IT consultants need to be proficient in two worlds – both IT itself and also food processing. “We are all in the same boat,” he points out. “It is therefore important to have a common understanding of the processes in food production. A mere IT specialist without extensive industry expertise could do little to get us forward. The CSB project team has brought the digitalisation at our ham factories to a new level.”