Conference to discuss latest in wireless connectivity and smart devices 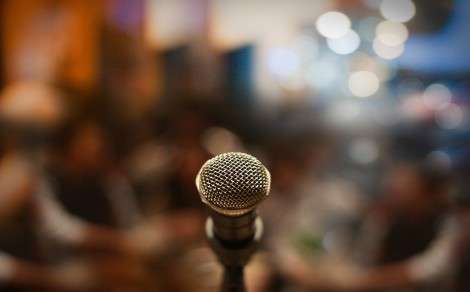 Silicon Labs has announced the keynotes and agenda for its third annual Works With Conference. The virtual conference will be held September 13-15 and registration is free.

The company says Works With is the premier developer conference for building the skills to create impactful connected devices and brings together the technology brands, device manufacturers, alliances, designers, wireless standards and ecosystem providers that are leading the way towards a more unified wireless experience.

Matt Johnson, President and CEO, Silicon Labs said: “Works With is the most influential IoT technical training event for engineers and developers and is designed to help them simplify and accelerate the development of smart connected devices. Silicon Labs enables wireless that just works, so developers can focus on their own innovation and applications. We’re excited to bring developers together to collaborate and learn from a diverse mix of industry leaders, especially as we all prepare for the new Matter standard and the IoT industry embraces transformational technologies like machine learning.”

This year’s event will focus heavily on the trends that are driving the future of the Internet of Things (IoT), like the upcoming Matter standard, expected to launch later this year. As the primary semiconductor code contributor to the standard and a primary significant driver of its development through its involvement with the Connectivity Standards Alliance (CSA), Silicon Labs will offer developers and engineers the insights needed to build, deploy and connect solutions for a more unified IoT experience.

In addition to conversations on Matter, attendees will be able to listen and learn from global brands like Amazon, Google, Samsung, and others about the latest in IoT technologies and how to design, build, and go to market with new products that unlock the power of connectivity in any environment, be it the home or industrial and commercial settings.

This year’s keynotes will include:

● The Opportunity and Impact of Smart, Connected Devices – Matt Johnson, Silicon Labs President and CEO, will be joined by IoT pioneers and perennial innovators Michele Chambers Turner, Sr. Director at Google Smart Home Ecosystem; Tanuj Mohan, General Manager and CTO, Amazon Sidewalk; and Laura Szkrybalo, Director, Business Development and Solutions Architecture, Alexa Smart Home, to discuss the opportunities and impact of smart, connected devices in the home, in cities and in an incredible array of industrial and commercial applications.

● Machine Learning and the IoT: Opportunity at the Edge – Ross Sabolcik, Senior Vice President, and General Manager, Industrial and Commercial, Silicon Labs, will share the new solutions and applications emerging as AI/ML reaches the edge and battery-powered devices. As the power of AI/ML stretches from the cloud to the edge, and data and insight flow between them, new and transformational products and services are being developed and deployed. Ross will be joined by Chris Rogers, CEO, SensiML; Makarand Joshi, Global Director, Strategy, Innovation and Standards, Schneider Electric and more.
● IoT For Good – To close out Works With, hear, see, and learn how IoT is being tapped for the greater good, from saving the planet to saving lives, and making the world a better place.

Works With 2022 will be held virtually and free of charge. Learn more and register to attend on the Works With Registration Page.