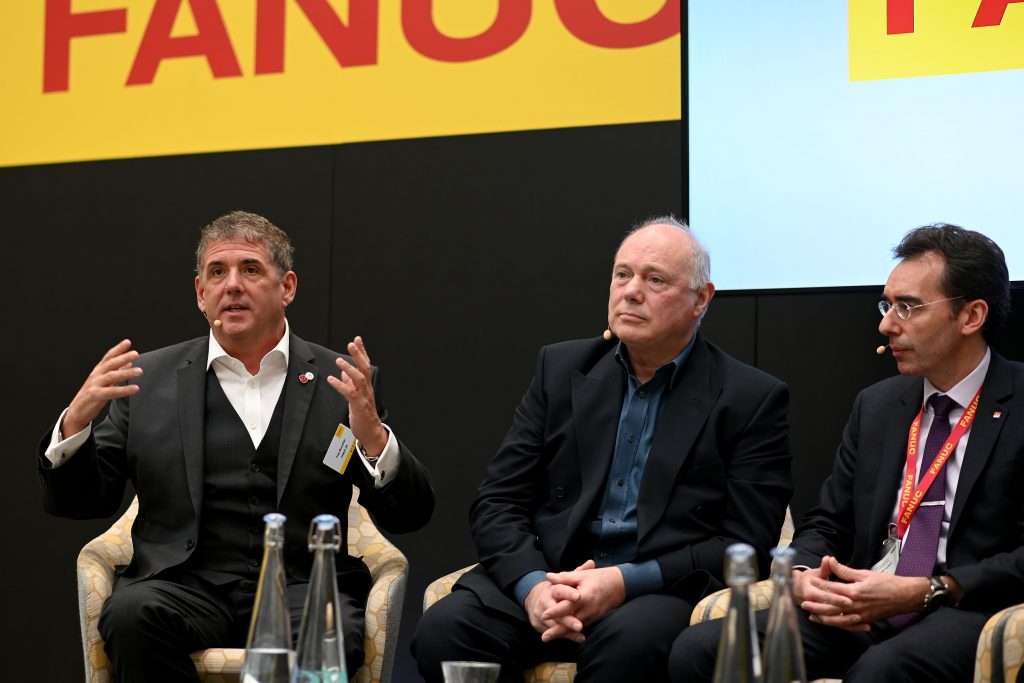 FANUC UK has revealed an exciting range of speakers from across the fields of industrial automation, education and government for its upcoming ‘Future of Automation’ Open House.

The five-day event will take place at the company’s state-of-the-art UK Headquarters from 1 – 5 November 2021, and will build on the success of its inaugural Open House in 2019. Days one and five will be open days, sandwiching three days of scheduled talks and discussions.

Tuesday 2nd November will focus on automation and the outlook of UK manufacturing, with FANUC UK Managing Director Tom Bouchier, set to open the event. Three keynote speakers – Phil Hadfield, Managing Director at Rockwell Automation; Mike Wilson, Chief Automation Officer at the Manufacturing Technology Centre (MTC); and Louis Goor, Director at JLGoor Ltd – will complete the opening day line-up, along with a series of panel discussions on differing attitudes and barriers to the wider uptake of industrial automation.

Wednesday 3rd November will see the focus shift to business development, training and apprenticeships, with Professor Phil Webb of Cranfield University heading a panel discussion on how to prepare the UK workforce for the future of automation. An interview with FANUC UK’s Technical Team Leader, Paul Coombes, and a talk from Ben Blackledge, Deputy Chief Executive Officer for WordSkills UK, is set to follow.

As many as six keynote speakers are set to feature later in the day, with FANUC Europe CEO Steven Tanzawa the first of the afternoon. Luisa Barrington, Deputy Director of Sales at the MTC; Lynette Ryals OBE, Pro Vice Chancellor at Cranfield University; Victor Dewulf, CEO at Recycleye; and two speakers from Birmingham City University complete the line-up.

Thursday 4th November’s focal point will be Industry 4.0 and the Industrial Internet of Things (IIoT), with Matthias Meyer, Managing Director at Heller Machine Tools UK, leading the proceedings, before FANUC Europe CEO Steven Tanzawa hosts a round table on the future of automation, AI and connectivity.

The event will conclude with two final keynote speakers – Konrad Grohs, Director of IIoT Business Department for FANUC Europe, and Julian Smith, CEO of Polestar Interactive. Once more, a panel discussion will follow each to explore the topics further.

Tom Bouchier, Managing Director at FANUC UK, said: “When looking to expand upon the foundations of our inaugural Open House, we wanted to take what had worked so well in 2019 and build on that. This meant hosting a number of the nation’s leading academics and industry professionals to generate discussions on the key issues. Together, we hope to provide valuable insight on some of the hottest topics in our sector right now.”

Alongside the diverse speakers and panel discussions, there will be in excess of 40 exhibitors at FANUC’s facility, demonstrating the latest in automation technology.