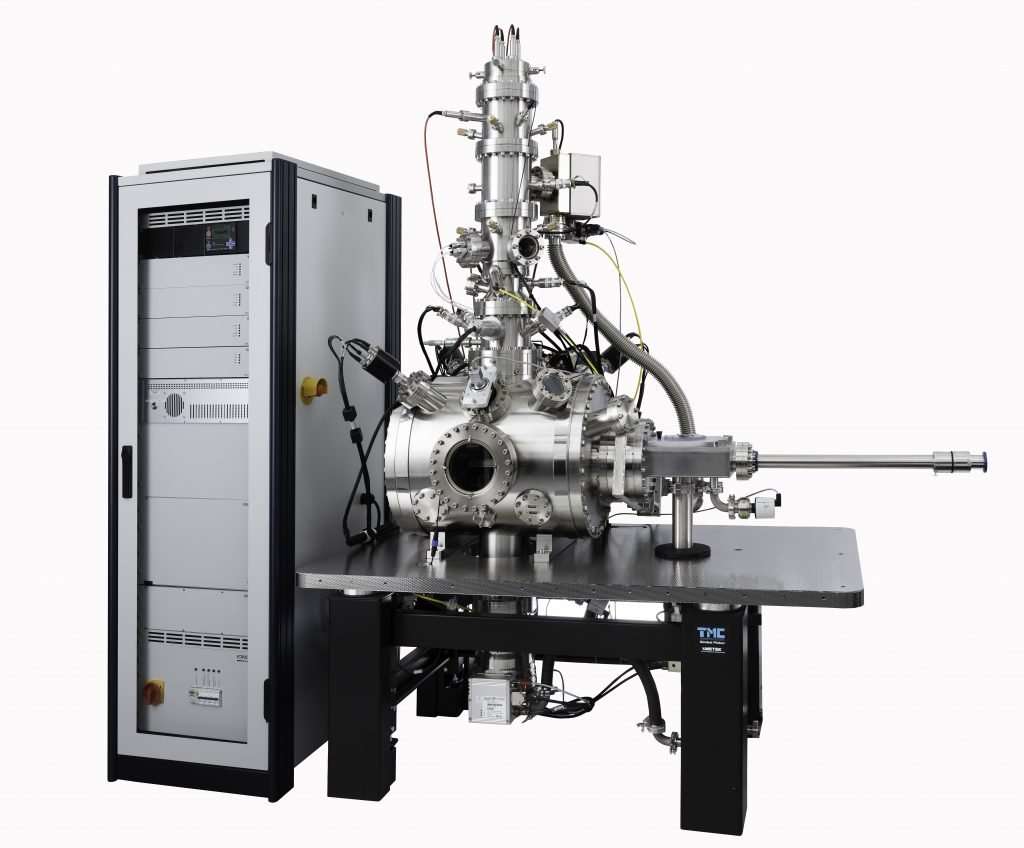 Ionoptika and the University of Surrey have announced they have been awarded project grants worth a total of £425,000.00 from Innovate UK, the UK’s innovation agency, to expand their research into new manufacturing technologies for quantum devices.

Quantum technologies are expected to create impact across multiple sectors from more secure online communications to personalised medicine. However, to date only a handful of companies, such as IBM and Google, have successfully built a basic quantum computer because of the extreme challenges to manufacture and operate these devices. This new Innovate grant will open up new scalable manufacturing methods to researchers in the UK and around the world.

The project, entitled “Rapid and Scalable Single Colour-Centre Implantation for Single Photon Sources”, was recommended for funding by a panel of independent assessors, who concluded that “This is an innovative project by two expert partners. If it is successful, it will lead to a unique product that may possibly revolutionise quantum computing.”

Ionoptika, together with the University of Surrey, will use beams of ionised atoms to create quantum devices one at a time using rare earth elements such as erbium and ytterbium. Ion beams are used widely in the scientific and manufacturing sectors, from the production of computer chips to medical diagnostic instrumentation and cancer treatment.

The technique, known as ion implantation, has been used for decades to make modern computer chips and benefits from being much quicker than other manufacturing methods. The main limitation of the technique for quantum applications has been the inability to precisely control the location and numbers of implanted ions at the single-ion level. The new tool from Ionoptika, called Q-One, solves this problem yet is still fast enough to implant one thousand quantum bits (qubits) every second.

The funding comes on the back of more than $1bn in government funding for quantum technologies research. It is expected to help Ionoptika expand, creating 20+ highly skilled STEM jobs in the Southampton area over the next 5-10 years, and injecting £6m+ into the UK engineering supply chain.

Paul Blenkinsopp, managing director at Ionoptika, commented, “Quantum technologies are set to drive the next generation of innovation and technologies. Ionoptika is delighted to be working with the University of Surrey on developing the tools and infrastructure that will be needed to realise many of these exciting quantum applications.”

Dr David Cox, from the University of Surrey, added, “The University of Surrey through the National Ion Beam Centre is delighted to work on this project with Ionoptika. The ability to precisely control the implantation of ions at the single-atom level offers enormous potential to the newly emerging quantum technologies that are set to revolutionise the world.”

Ionoptika, a UK SME based in Chandler’s Ford, Hampshire, has driven innovation in scientific instrumentation for 27 years. Manufacturing state-of-the-art ion beam systems for labs around the world, they have contributed to research from fields as diverse as cancer research to quantum computers.