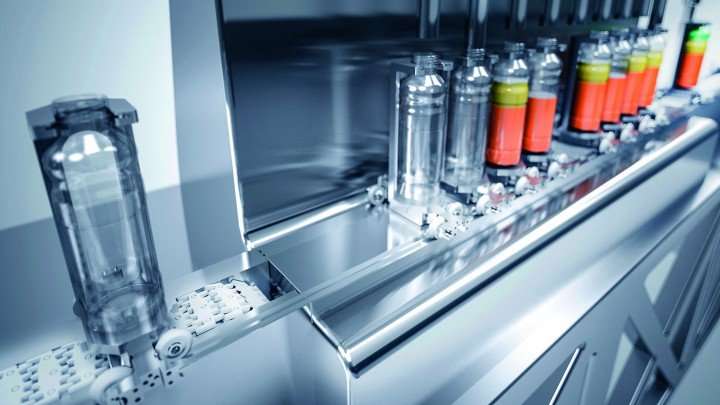 There are now several competing technologies that promise to add flexibility to production lines by allowing items to be moved and processed individually, thus achieving the Holy Grail of “batch size one”. Contributing editor Tony Sacks reports on who is offering what.

One of the key goals of the smart factory is to be able to produce bespoke items in so-called “batches of one”. But being able to achieve this economically without affecting production speeds is one of the great challenges of the fourth industrial revolution.

Traditional methods for moving items along production lines – such as conveyors – do not usually offer the flexibility needed to handle products individually. So automation suppliers have been developing technologies that will be able to deliver the required flexibility at an affordable cost.

Several different approaches have emerged, some tailored to particular applications. They offer a variety of load-handling capacities, operating speeds and other capabilities. Instead of moving lots of identical products in bulk, as happens on conveyor lines, most of these new systems transport items individually along tracks on carriages known as carriers, movers, pallets or shuttles. The carriers are often controlled independently, allowing them to stop at particular processing stations to give a product its individuality, but continuing past other stations.

In many of these systems, the carriers are propelled using linear motor technologies. This can allow each carrier to have its own motion profile with variable acceleration and deceleration rates.

One of the first of these transport technologies was developed by a Canadian company called ATS Automation. It started working on its technology, called SuperTrak, in 1995, and installed its first production system in 2002. It later started to licence the technology to other suppliers, one of which was B&R Automation, which launched its own version in 2016.

Another pioneer of linear transport systems was a US company, Jacobs Automation. Its system, called iTrak, was based on linear synchronous motors, which allowed independent control of magnetically propelled movers travelling along straight or curved paths. Rockwell Automation, which initially collaborated with Jacobs on developing the technology, bought the company in 2014.

Rockwell later bought another American company, called MagneMotion, whose technology is said to be “complementary” to that of iTrak. While the Magnemotion system is optimised to move light loads quickly and efficiently as an alternative to conventional conveyors, the iTrak system allows independent control of multiple, magnetically propelled movers on straight or curved paths.

In Europe, one of the first companies to develop a smart linear transport system was Beckhoff, which unveiled its XTS (eXtended Transport System) at the Hannover Fair in 2012. It has since released several variants including a stainless-steel IP69K version (developed in co-operation with the European Hygienic Engineering & Design Group) that can operate under a continuous water spray, and is aimed at food and pharmaceutical applications. Beckhoff has also collaborated with the British linear motion specialist, HepcoMotion, to produce a heavy-duty version of XTS.

Beckhoff’s announcement prompted Rockwell Automation to initiate legal proceedings in the US courts, alleging that the German company was infringing five of its linear motor patents. The dispute was eventually settled amicably, with Rockwell granting Beckhoff licences for more than a dozen of its US and European patents. Also, under the agreement, Beckhoff agreed not to sell its XTS technology in the US before 2019.

At the 2015 Hannover Fair, Siemens and Festo announced a jointly developed technology called MCS (multi-carrier system), with Festo supplying the linear motors that move and position the carriages, and Siemens applying its automation know-how and motion control technologies.

The MCS carriages can operate independently of each other, with an individual motion profile for each carriage. They can travel at speeds of up to 3m/s and accelerate at up to 40m/s2. Various combinations of carriers and product configurations can be mixed in one system.

In 2016, Bosch Rexroth announced its entrant to market for linear transport systems, which it called ActiveMover. The system has a lot of similarities with the SuperTrak technology developed by Canada’s ATS and licenced to B&R. It can carry loads of up to 10kg at speeds of up to 2.5m/s. It can accelerate 1kg loads at 4g, or 10kg loads at 1g.

A relative latecomer is Mitsubishi Electric which, at the SPS IPC Drives show in Germany at the end of 2016, previewed a system developed with a German specialist in production technology called APT Automation. Their Smart Carriage system is rather different to most of the other offerings on the market because its carriages are propelled by on-board 24V batteries, that can also be used to power on-board items such as sensors, actuators and grippers. This design avoids the need to draw power from the track, and makes layouts more flexible. Also, there are no brushes to maintain.

The carriages can perform processing steps while transporting goods, and can collect and store product information, and even measure or weigh the goods being transported. But the on-board technology also results in the carriages being larger than those of the other smart transport technologies.

Mitsubishi demonstrated the latest iteration of the Smart Carriage system at the recent Smart Industry Expo in Birmingham. The on-board intelligence allows the carriers to optimise their routes – for example, rerouting themselves to avoid congestion.

The latest arrival in this increasingly crowded market was a second system from B&R Automation, which made its debut at the 2017 SPS IPC Drives show at the end of last year. Unlike B&R’s earlier ATS-based SuperTrak system, the Austrian company (now a subsidiary of ABB) has developed the new system – called AcoposTrak ­– entirely in-house.

AcoposTrak is not replacing SuperTrak, because it is targeting a different market. While the earlier system is aimed mainly at heavy-duty assembly operations, the new system, which has a smaller load-carrying capacity, is designed to meet the needs of flexible packaging applications with maximum payloads of about 3kg.

The AcoposTrak carriages – known as shuttles – can be moved independently on any section of track. Each segment integrates the linear motor with power and signal electronics, avoiding the need for external motion controllers and servodrives and the space they would occupy in a control cabinet.

The shuttles are held onto the track by magnetic forces alone. This means that tools are not needed to take them off the track, unlike some of the linear transport systems that need dedicated handling systems, such as robots, that add complexity and costs.

Just five months after announcing AcoposTrak, B&R unveiled an enhancement at the recent Hannover Fair that integrates the system with conventional conveyor technologies. This will allow products to be carried mainly by low-cost conveyor belts except for sections where they need to be handled and processed individually, where AcoposTrak will take over. Transitions between the two systems are said to be “seamless”, and B&R predicts that the system will be “a game-changer” for the economics of flexible manufacturing.

The number of real-world installations of the transport technologies described above are limited at this stage, but they could become a common sight in the factory of the future, especially where small-batch production is required.