GAMBICA: A practical journey to a digital future 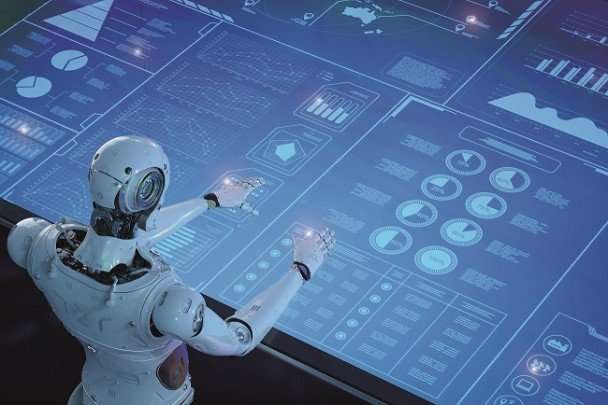 In December 2018 eight GAMBICA Industrial Automation members gathered around a table in Leicester to discuss IT, cyber security, cloud computing and of course automation and what it all means for Smart Manufacturing. The aim of the that conversation was to cut through the marketing hype and buzzwords that surround the subject and, in this special three-part serialisation in Smart Machines & Factories create an unbiased and pragmatic guide to getting started on your smart manufacturing journey. Victoria Montag – sector head for Industrial Automation, GAMBICA, continues the special three-part GAMBICA serialisation with part two of the King Power Stadium discussions on digitisation.

In the first chapter GAMBICA’s members talked about laying the ground work and asking the important questions: Where are you now?; Where do you want to go?; Who do you need?; Do you have the skills to do it?, before even giving consideration to the question of what technologies to use.

Fundamental questions asked and answered, in this second instalment, we will look at some practical considerations for your technology choices. Because as Andy Mills, sales and marketing manager at Phoenix Connect says: “At the moment people are very keen to dive into smart manufacturing and we [as manufacturers] are keen for them to do it because it’s the future for us as well, the problem is it’s got a lot of consequences if it’s not done properly.”

To recap, smart manufacturing is fundamentally the use of data to improve business and production processes. It seems like the obvious question is; what data should be collected? Paul Streatfield, product manager for Bosch Rexroth is quick to remind us that IIOT (Industrial Internet of Things) “doesn’t only apply to cleverly automated machines, it can still be a manual process that you can connect and collect data from”. Pretty much everything in this universe is doing something that, when sensed, will produce data. In the words of Chris Evans, marketing and operations group manager for Mitsubishi Electric, “if you’ve got a machine, it’s probably already gathering all you need to know”, and plenty more besides. But when considering what, of the infinite amount of available data to collect, the key is that your goal, to make a process cheaper or safer or less wasteful, is at the centre of everything you do. For a (non-industrial) example, the airline Virgin Atlantic reportedly collects about half a terabyte of data on aircraft performance every transatlantic flight. One terabyte for every return trip from London to JFK – I cannot speak for Virgin Atlantic, but I assume those transatlantic terabytes do not include a record of the temperature of the table tray at seat 32A. Though it would be easy to measure, the information would be of little use.

Very few manufacturers wishing to implement smart manufacturing in their processes have the luxury of starting from scratch with a brand-new facility and production lines. Most would be dealing with some level of legacy equipment. ‘Legacy’ is a long continuum, some more recent equipment may very well have some level of connectivity but as Andy Graham, Wonderware product manager at Solutions PT points out, even for ‘non-networkable’ kit “you can quickly and easily get more out of a system with low costs sensors”. “Placing a £100 sensor on the side of a £200 pump, might seem like poor value for money” muses Andrew Hodgson, strategic sales lead for Siemens “but when you consider what that pump is pumping – what is the cost of the downtime should that pump fail? The equipment we supply, if goes in an electrical enclosure, you shut the door – it inherently works, and people forget about it.” Mark Butter, Omron UK’s general manager feels that this is “bordering on carelessness, not enough people think about the potential cost of downtime” should the equipment fail.

Clearly, it can be simple to collect the data we want, to be able to visualise that data quickly and usefully is another step. Smart Manufacturing is often seen as the convergence of the IT and the industrial world and this goes for greater democratisation of the technologies too. Paul Streatfield feels that people increasingly “expect ease of use like the apps on their phones”. And thinks that being able to set up an IIOT gateway, collect sensor information and do something useful with it, without the need for a control engineer or network architecture, would smash a major barrier in uptake of smart technologies, particularly for SMEs. Given the increasing concerns about the lack of skills in the automation sector, a problem that is only expected to worsen, ease of use appears to be an important consideration.

And then there is the matter of where the data goes. Smart manufacturing, this IT-OT convergence, has seen players who are not traditionally from the manufacturing sphere get involved. The big sell on is on big data and cloud computing. The abundance of cloud storage on our personal devices has normalised the idea of cloud computing in our mind too. Alternatively, ‘edge’ computing has been offered up as a safer, cheaper and quicker option. In truth the two are not mutually exclusive. Chris Evans explains “[the edge layer is] what was called MES [Manufacturing Execution System] where your SCADA would sit, now re-christened edge but now there is more technology there”. B&R’s managing director Alan Conn adds: “For us it can be 3 things, a bus coupler, a PLC and it can be an industrial PC depending on what you want to collect and how you want to collect and aggregate that data, but they all fall within an edge layer. You’re going to do a lot of the analytics there, then decide what you push up to the cloud.”

For operations that require powerful processing, involve large data set or remote control and access, you might consider cloud computing. However, if you want a rapid sample rate or real-time analytics, have cyber security concerns (more about this in the next instalment) or have an unreliable network at your site, edge computing is the better option. And as Alan Conn points out, “it also reduces the costs, the more you put into the cloud the more expensive it is”.

As always, the balance between the two will depend on your specific needs. For now the balance may be heavily towards the edge side of computing. Andy Hodgson notes that at the moment “you look around a factory and you think there is no need for cloud. When you move towards servitisation and have mobile assets all around the country or around the world then it starts to make more sense”. However Andy Mills highlights, even now: “If you’re a machine builder, if you’re selling… particularly outside the UK, you’re going to want remote access, so you can diagnose faults. Immediately that’s IOT. If you’re sending an engineer out without having done some kind of remote diagnostic first, that’s a massive waste of money.”

Either way, it is envisioned that in the future more and more computing will happen in the cloud, especially with 5G and increased network capability. All the GAMBICA members agreed that we can’t rule out PLCs sitting in the cloud layer and virtual machines becoming more common in the future. Andy Graham always gets asked the question about SCADA in the cloud: “ Is that the next step? ever say never” though he concedes that this is still far off.

If you’re going to take smart manufacturing to its logical extreme, complete connected supply chains – this can only happen in the cloud. But this doesn’t mean there won’t be a place for edge. “Ultimately” says Andy Mills, “It comes down to what people are comfortable with and what you need”.

The table quietens down and I am getting ready to move on to the final session of the day, when Andy Hodgson asks a question: “Why are people still wiring up machines rather than moving to wireless options?”

It’s an interesting question, Andy Mills feels that it’s down to “lack of understanding of what the capabilities are and trust”. I, automatically proving his point, question whether Bluetooth is particularly trustworthy – don’t we always hear of how notoriously unsecure it is? But Andy corrects me, we are talking about industrial Bluetooth, he makes it sound weapons grade.

As ever there are pay-offs between the wired and wireless options. Wireless allows modularity, and flexibility in your plant – both of which are very desirable for any smart factory. On the other hand, machines that require a high sampling rate, at the microsecond level for example, would struggle to be controlled over wireless. So as with cloud versus edge, there is an application limit at the moment.

But industrial Bluetooth is rugged and can work in electrically and physically noisy, not to mention dirty environments and over fairly long distances, 200m or so. Plus it doesn’t require troughs to be dug, pipes and other cables to be negotiated when the site is being networked, when you consider that the overall costs for wireless can be much less than wired. So, control for high-speed application has to remain local for the moment, but if that is not a consideration wireless has all the advantages.

In this episode we have talked a lot about how to get data from your process, as we have suggested there are a number of options and what you decide to do always start with what your goal is. However, Chis Evans has a final word on the matter: “At the end of the day, you’re just collecting data. How you do it will change. The thing for me that has made digitalisation possible is the advancement in sensor technology. It used to be “it was on, it was off” and you got very little information. Now you get so much [more] information out of these sensors and that is what is going to make the difference.”

In the third and final chapter in the next issue of Smart Machines & Factories, the GAMBICA members will talk about how to protect your smart factory and what they think the future holds for smart manufacturing.