Getting robot ready for the factory of the future 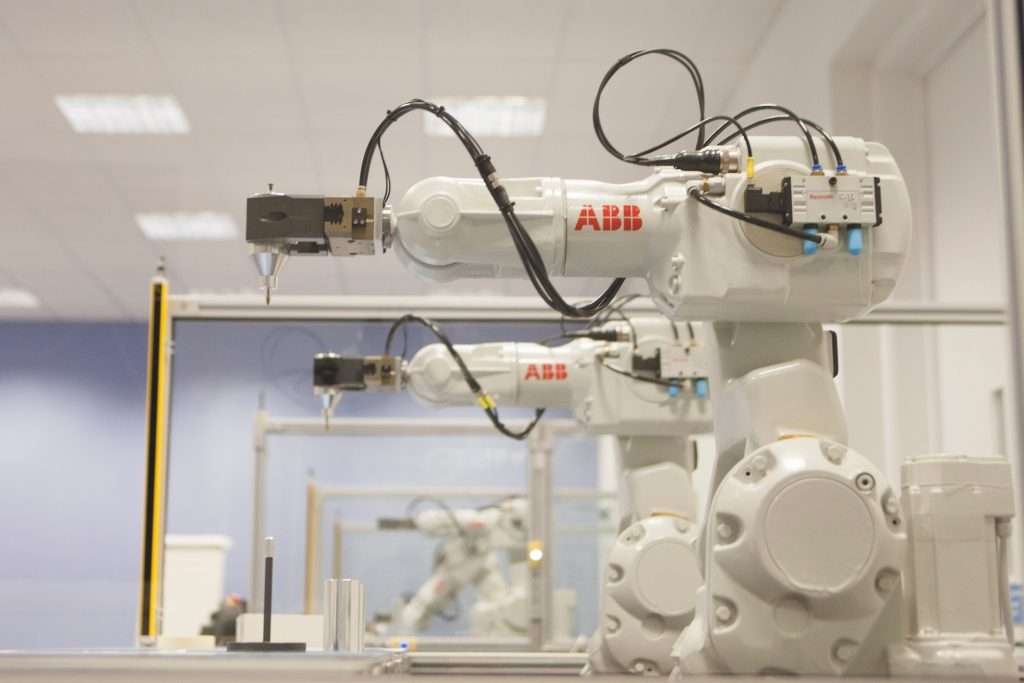 As global manufacturers gear up for ‘Industry 4.0’, Smart Machines & Factories asked Mike Wilson, general industry sales & marketing manager for ABB Robotics what UK manufacturers should be doing to ensure they’re not left behind.

SMF: What signs are there that ‘Industry 4.0’ is becoming less of a theory and more of a reality for UK manufacturers?

MW: Recent consumer trends indicate that the convenience of click, pay and delivery is unlikely to diminish in popularity. This year the Office for National Statistics (ONS) reported a 12.3% increase on average weekly online spending compared with the year before. Not only this, but a study by Dotcom Distribution released in September found that 87% of online shoppers identified shipping speed as a decider as whether to shop with an e-commerce brand again.

Online retailers must be vigilant with such a demand for fast delivery times. Optimising warehouse distribution is paramount to achieving customer satisfaction, something that Amazon is clearly aware of having made a robotics investment totalling $775 million to ensure its customers enjoy one-day delivery. As robots are central to the Industry 4.0 model that forecasted this, consumer goods manufacturers would do well to adopt the technology to cope with the increasing demand and delivery expectations that filter down from the online retailers.

SMF: Do you think that people fully understand the idea of Industry 4.0 and how to achieve it?

MW: My own opinion is that there’s a risk that the term ‘Industry 4.0’ could become just another buzzword and that people will miss the bigger picture, either because they don’t understand it, think it doesn’t apply to them or they think it will be superceded by the next big thing.

Personally, I think the term ‘smart factory’ is a more accurate description of where the UK’s manufacturing plants should ultimately be aiming for.

The important thing to understand is that achieving a smart factory isn’t going to happen overnight. Instead, it should be seen as a process of continual improvement, starting at where you are now and with a clear idea of where you want to go.

As such, achieving a smart factory means taking a functional approach to your operations, looking for scope to join up different areas to streamline efficiency and productivity. Doing this will help to target areas where investment and/or new technology may be needed, or where new or improved systems could be deployed.

This has been very much our experience when it comes to convincing companies to adopt robot automation. In many cases, we have found that the term ‘automation’ is too wide-ranging, especially as it tends to mean different things to different people, encompassing everything from conveyor belts on the factory floor through to software at the control room level. Recognising this, we instead try to get manufacturers to take a step-by-step approach to their operations to figure out where improvements could be achieved through automation, what could be automated and where (and indeed whether) robots could fit in.

I see this as very much fitting in with the smart factory concept of ‘inter-connectedness’, which requires manufacturers to look at the separate parts of their operations to see how they could be integrated to improve performance and efficiency.

SMF: Do you have any examples of UK manufacturers that have begun to implement the ‘Industry 4.0’ model?

MW: I don’t know of any UK manufacturers who are consciously adapting their processes to fit within the Industry 4.0 concept but many are moving in this direction. For example, personalised confectionery manufacturer Boomf enables its customers to print their choice of photos, graphics and messages on to marshmallows through designing the template and ordering them online – a very Industry 4.0 idea.

Within a year the product proved so popular that Boomf had to automate its manual cutting process to reduce the cycle time from five minutes to 17 seconds. Additional benefits include increased flexibility; Boomf can now easily respond to changes in demand when, typically of most UK manufacturers catering to a consumer market, there’s a large increase in orders during holidays such as Christmas and Valentine’s Day.

Perhaps Boomf isn’t consciously implementing a smart factory approach but installing robot automation on the shop floor is certainly a smart beginning for any manufacturer that wants to remain future-proof.

SMF: So how exactly do robots figure within the Industry 4.0 model?

MW: Industry 4.0 is a model which incorporates a number of different automated machines operated via the ‘digital thread’ – an industrial Ethernet system that sends data back and forth to a centralised computer system where all processing information for a factory can be recorded, monitored and actioned.

This approach has already been employed by Lockheed Martin who replicates 3D models on the shop floor using robots.

In fact, robots can be considered the tools which perform the various processes involved in smart manufacturing. As cyber-physical systems which use data in the form of programming languages to operate, robots are one of the most prevalently featured automated machines in any smart factory plan.

SMF: Many manufacturers worry that robot maintenance is too complex and time-consuming. How would this work in the context of Industry 4.0?

MW: As mentioned previously, Industry 4.0 is based on interconnectedness. The data which is collected and transmitted from machine to machine can then be used to inform maintenance. Rather than an engineer having to complete checks according to a schedule, data can inform when a problem is likely to occur long before it does.

Such an approach has been coined predictive maintenance (PdM) and robot manufacturers are already providing such services to customers. Our own approach, Connected Services, includes immediate critical alarm notifications via email or SMS so that maintenance engineers needn’t be on site to be informed about the robot’s performance. They can also rectify the problem simply by logging in via a computer or smart device.

SMF: Okay, so what does a manufacturer need to consider before implementing robot automation in preparation for industry 4.0?

MW: UK manufacturers should firstly consider whether there are any processes which could be automated now. Are there repeatable stages which, currently performed by people, could be performed by robots instead? This would enable you to get more out of your staff by re-assigning them to handle other more rewarding, creative and value adding tasks.

Further still, can you see a future in which customers will expect variations in your current product if they don’t already, or even products which are customised to serve individual needs or tastes?

Now that we have some insight into how Industry 4.0 works, it’s time for us to prepare for the changes to come. It’s the adoption of robots that will enable UK companies to get a good start in the race to build the factories of the future, as well as bring many benefits such as reduced maintenance costs, increased flexibility and efficient use of resources.