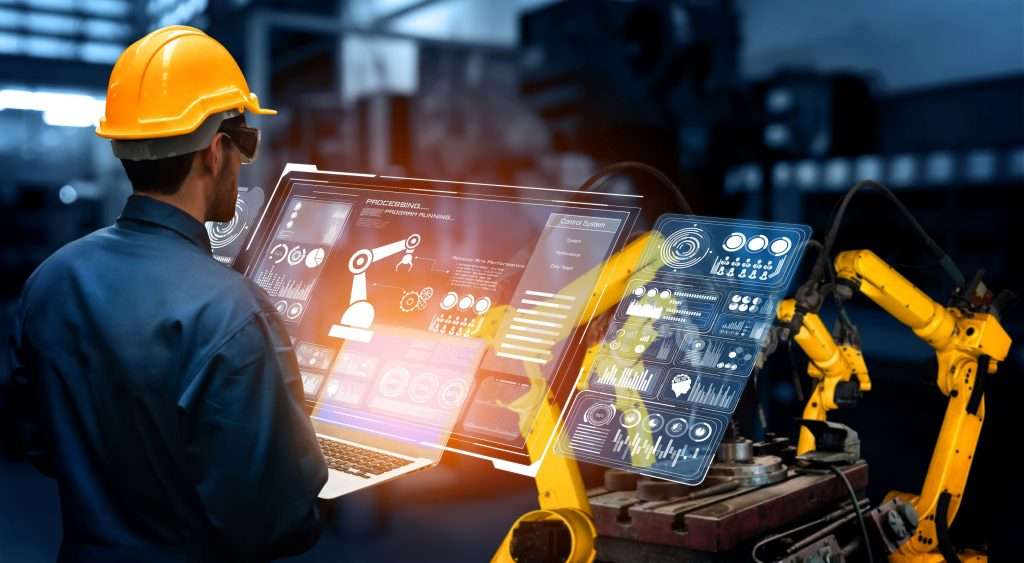 On the face of it, it’s difficult to see why the idea of hyperautomation is especially relevant to industrial automation as it exists in the real world. But Neil Ballinger, general manager EMEA of replacement, reconditioned and obsolete automation parts EU Automation, believes there’s an opportunity for early adopter businesses to outpace the rest.

There are two worlds of automation. One is the conservative, day-to-day, pick-and-place, realm, where countless businesses still play. Here, the idea of automating a process with a robot or collecting some data from a machine to perform advanced analytics is still quite radical.

The second is the world of the early adopter, where robots make robots in a lights-out-manufacturing environment, with machines making decisions for machines and all communication done at edge level, using sophisticated AI. You will have seen this manufacturing environment regularly; Will Smith drove an Audi TT through it in I, Robot for instance. You will also have come across it at Weyland-Yutani, Cyberdene Systems and Wayne Enterprises.

Most of us live in a space between these two worlds, where small automation is commonplace and big automation is a constant background hum, something we use, sometimes every day in the case of an ERP system for example, but that we rarely design or implement.

The idea of small automation was first outlined in strategy+business magazine in 2019, where three PwC strategists, Dan Priest, Kumar Krishnamurthy and Alex Blanter, argued that “small automation is the fast implementation of flexible and adaptable technologies that fill the gaps left by your current enterprise systems — enabling new levels of productivity.”

It’s easy to see that, while Priest, Krishnamurthy and Blanter were thinking software, such as RPA (Robotic Process Automation), natural language processing and machine learning, the idea is equally applicable to operational technology. Small automation in OT might be about a single industrial robot installation, inverter-controlled motors giving precise feedback, or HMIs and PLCs monitoring and running processes on a small scale.

In this world, we’ve finally come to understand that the enterprise tech stack and the industrial tech stack are inherently connected, and this realisation has driven huge increases in productivity and profitability over the last decade.

However, hyperautomation seems to drive a new wedge between the worlds of IT and OT. But it doesn’t have to; there’s no reason that Business Process Management (BPM) and RPA, for instance, must stop at the edge of the enterprise layer.

Understanding that hyperautomation and small automation aren’t opposites, but rather compatible ideas, is the key to benefitting from both, even if you aren’t quite yet in the I, Robot or Cyberdene Systems automation world.

Johan Jonzon, CMO and co-founder of Crosser, a pioneer in edge analytics and integration, says, “The goal of a hyperautomation strategy is to eliminate any unnecessary steps in the process of completing a task and automate those remaining.

“This streamlines business process, reducing the need for human intervention. Automating data workflows reduces the workload for IT teams and increases overall business efficiency. Once automated, the workflows can easily be managed in a single digital platform,” he concludes.

This sounds compatible with small automation and exactly the sort of thing I see happening more and more in the real world. For instance, most companies making anything will produce a Bill of Materials (BoM) and many will use that to generate a production order.

Either way, linking hyperautomation and small automation can make the overwhelming manageable and re-create the link between enterprise technology and operational technology.