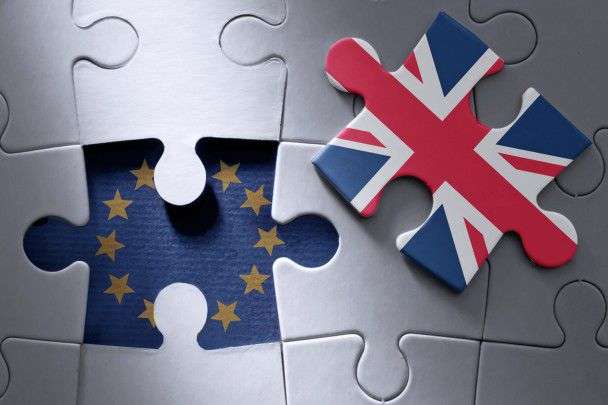 The head of Britain’s manufacturers has warned the Government that leaving the EU with no deal would be catastrophic for the sector and that the prospect of applying zero tariffs on imported goods as a consequence would kill off some sectors of industry overnight.

The warning was given to the Chancellor of the Exchequer by Dame Judith Hackitt DBE at the annual manufacturing dinner of Make UK, the manufacturers’ organisation, the leading body for the sector. The dinner follows on from the Make UK National Manufacturing Conference, which highlighted the change of name from EEF after over 120 years, to Make UK, a change designed to reflect the extensive and dynamic nature of modern manufacturing.

It comes on the back of a major survey carried out for Make UK by YouGov which shows that 49% of companies believe leaving the EU with ‘no deal’ would make the UK a less attractive location for manufacturing. By contrast just over a quarter (28%) believe it would make the UK more attractive.

When analysed by business size, the difference is far starker amongst large businesses with almost three in five (58%) viewing the UK as unattractive in the event of no deal, compared with 48% of medium sized firms and 43% of small firms.

Furthermore, just 9% of companies say they have won business previously sourced overseas since the referendum, highlighting the fact leaving the EU does not appear to be improving prospects for companies.

In her speech, Dame Judith, Chair of Make UK, commented: “I am saddened by the way that some of our politicians have put selfish political ideology ahead of the national interest and people’s livelihoods and left us facing the catastrophic prospect of leaving the EU next month with no deal.

“This is not a prospect that our sector can counter. As our survey published this morning with YouGov shows, companies have already taken action to move production overseas and the prospect of leaving with no deal means the UK will be a far less attractive location for manufacturing in the future.

“The clock has almost run down and it is now essential that the pantomime in Parliament ends and politicians of all persuasion come together to agree a deal that protects the future of manufacturing and people’s jobs right across the UK.

“Let me be clear for the press and for those hard brexiteers who accuse us of scaremongering. This is very real and very serious. The ninth largest manufacturing economy in the world needs to be assured that our contribution to UK prosperity is recognised and valued.

Furthermore, of those who have adjusted supply chains a third (35%) have offshored with the EU being the most common destination. A quarter (26%) have reshored production back to the UK, the vast majority of which has come back from the EU.

The survey also shows that adjusting their supply chain has been a costly exercise for companies with over half (51%) saying it has increased their costs with just 10% saying this has reduced their costs.

The financial impact of preparing for Brexit is also evident in the fact around half of companies have taken action to stockpile goods or, are considering doing so, with over half (56%) of those who have started stockpiling experiencing some financial difficulty in doing so.

Looking ahead to a post Brexit economic environment 53% of companies believe a lower tax burden would help encourage manufacturing activity in the UK, followed by 52% of companies who say a Government commitment to keep energy costs at or below the EU average would do so.

Companies were also asked what they consider to be ‘great’ about manufacturing in Britain.

The two elements that stand out as the Britain’s key selling points are the branding and reputation of UK made goods (61%) and skills in the workforce (54%). The UK’s membership of the EU was also highlighted by a sizeable proportion of manufacturers. Two in five (39%) consider the ease of moving goods in and out of the country a ‘great’ thing about Britain, and the same proportion regard being part of the EU market as a ‘great’ thing about Britain.

The survey of 429 companies was carried out between 28th January and 5th February.