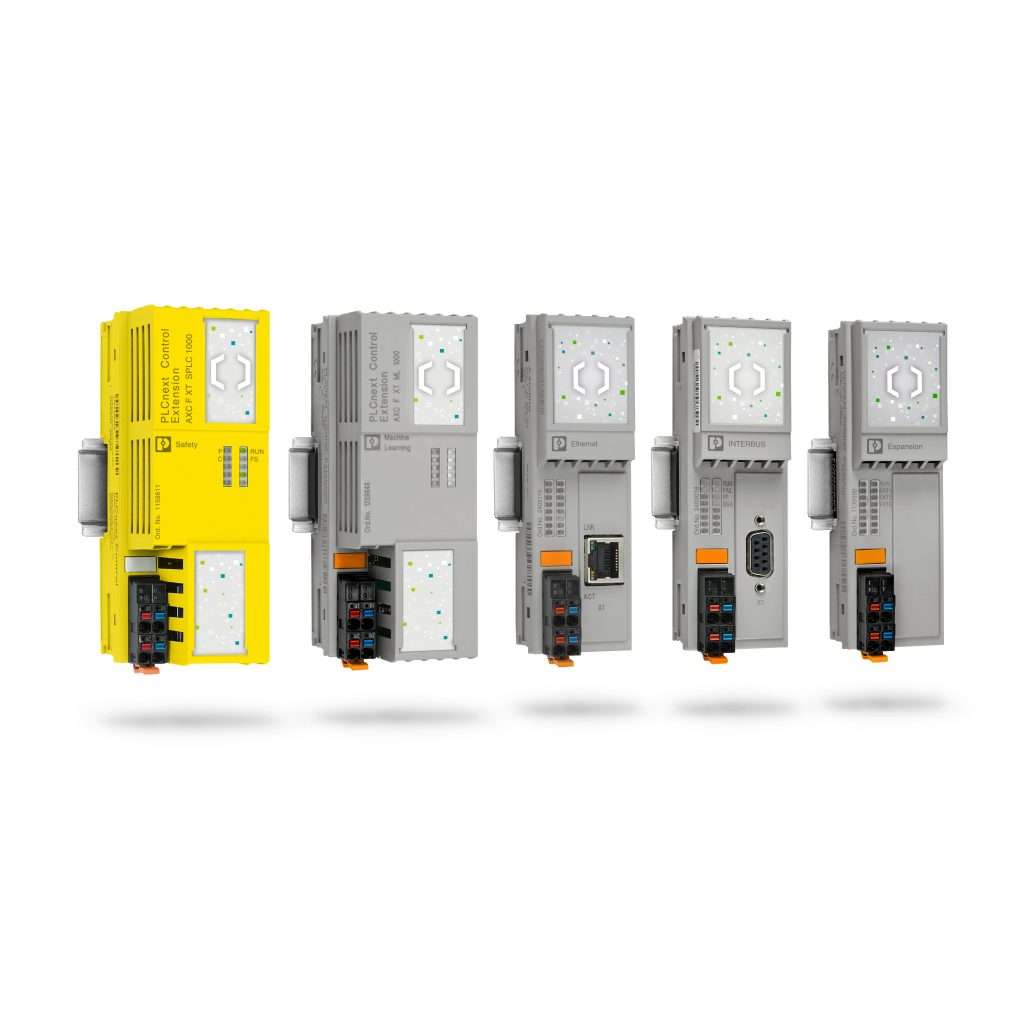 Experience shows that demands change over the duration of a project or during the life cycle of an application. Therefore, the open ecosystem PLCnext Technology by Phoenix Contact, in addition to being expandable via downloads of functions from the PLCnext Store, now also offers a plug-in solution: A left-alignable extension system adds functions not contained in the standard performance spectrum to PLCnext Control devices. Specifically, the AXC F 2152 controller can be expanded by one extension module, and the AXC F 3152 controller by two. If the supported number of extension modules is not sufficient, the AXC F XT EXP extension module enables up to three extension modules to be operated on each controller.

The AXC F XT ETH 1TX extension module provides the functionality of an Ethernet interface. Having its own MAC address means that networks can be implemented so that they are physically completely separate from each other. As an Interbus master, one of several advantages of the AXC F XT IB module is that it allows for the continued use of existing systems in Interbus-based applications. The AXC F XT PB module is a Profibus master, which exchanges data with up to 125 Profibus participants, both cyclically (DP V0) and acyclically (DP V1). The AXC F XT SPLC 1000 module functions as a safety-related controller up to SIL 3, to which a maximum of 32 PROFIsafe devices can be coupled. The AXC F XL ML 1000 extension module enables a PLCnext Control device of the AXC F 3152 type to be extended with a Coral Edge TPU for processing AI applications.

As the left-alignable modules communicate with the controller via PCIe, the standardized interface can also be used by third-party devices. The configuration of the extension modules is consistent despite the different functions. When a module is plugged in, the engineering verifies whether the proper firmware version was used and issues an informative error message if necessary. The extension modules therefore make the PLCnext Control device a suitable solution for practically any application.