Robotics: A help not a hindrance 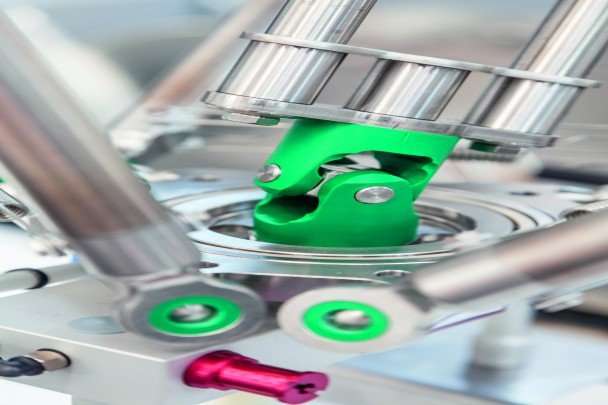 Martin Walder, VP Industry at Schneider Electric, looks at how the growth of robotics will generate better ROI and productivity.

Robots are nothing new. Say “Danger, Will Robinson,” to anyone who grew up in the 70s and they will know exactly what you’re talking about. What is new is the level of capability and relative low cost made possible by the proliferation of high performance sensors, integrated control and increasing volumes.

These factors are making robots much more widespread and commonplace – fundamentally changing our perception of what robots are and their capability. In fact, beyond the factory they’re taking on many forms and finding their way into our everyday lives, taking on functions like vacuuming, cutting grass and even caring for the elderly.

What’s pertinent here is that with mass consumer markets opening up, the lower cost advantages with volume and more rapid development cycles, will further enhance their capabilities for industry. This newer, more cost-effective technology will provide industry with a much greater potential for optimising cost, performance and quality in the manufacturing environment. In fact, to compete with global competition it’s essential that we accelerate the modernisation of production facilities with robotics and autonomous systems across the UK.

Indeed, energy efficiency, more tailored or customised products and continuous quality improvements all rely on robot systems that can support flexible operations to a consistently high quality. This has, as a result, put the broader value of robots and autonomous systems into sharp focus.

A big part of the robotics trend that will have a breakthrough over the next few years is the introduction of cobotics. In this scenario, compact and easy-to-use collaborative robots work alongside humans.

As automation developers introduce better sensing capability and more responsive safety systems, the application of robotic equipment in this space will only increase – paving the way for improved interaction so that complex processes can be completed faster, more easily and more safely.

With this change comes an additional opportunity for a skills-poor industry struggling to attract engineering expertise, to improve the way it uses staff. The cobotics movement doesn’t replace humans, rather in some instances, frees up highly skilled workers for value-add activity. Meanwhile, robots can be used for dangerous and repetitive jobs that can be hazardous for humans whose skills can be applied elsewhere.

So, what’s been holding us back so far? There are many sides to the robotics story and many equate return on investment in terms of the initial cost rather than the overarching, in-direct benefits. Firstly, it’s important to think carefully about the lifecycle of the robotic system and the planned automation projects. Second, it’s the indirect benefits of deploying robotic systems when it comes to employees. Employee well-being and making the most of the expertise available is a valid factor to consider and should certainly come into the analysis when weighing off robotic potential.

What’s more, cobotics specifically has a much lower price tag. Most robot cells need an allocated space on the factory floor and certain provisions before they can be set up and operated. To function safely, these cells also need protective fencing and other safety measures, all of which come at a cost. With collaborative robots, these concerns become redundant.

A key cog in the wheel

Ultimately, while the need to increase production and create a smarter more efficient industrial environment remains a priority, robotics is a key step on the path to progress. In fact, the health and longevity of the sector relies on it.

Costs are rising, interest in STEM is waning and existing automation control systems are slowly becoming obsolete and failing to deliver on the promise of the smart future we so desperately need.

Resolving these ongoing challenges, means continued efforts around education and investment in technology are critical, especially if we are to help UK manufacturing compete with other major economies.