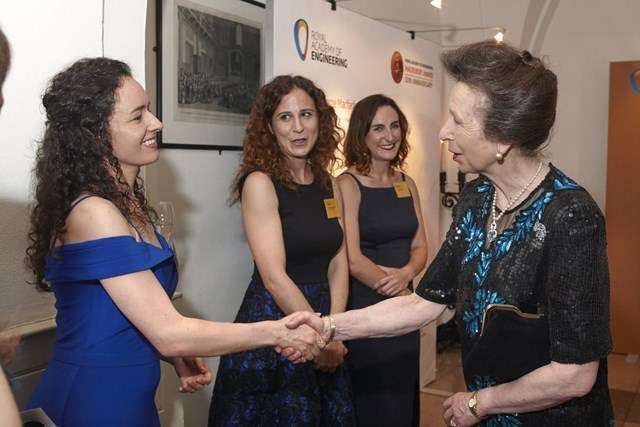 Two of the Royal Academy of Engineering’s most prestigious awards are being renamed as part of its commitment to reflect the modern engineering landscape and celebrating the diverse range of engineers who are helping to tackle some of the world’s most pressing challenges.

The changes will take affect for the Academy’s 2022 awards, open for nominations now.

The Academy’s Royal Fellow, HRH The Princess Royal, has generously allowed the Academy to rename its Silver Medal, which celebrates outstanding personal contribution to UK engineering by an early to mid-career engineer resulting in market exploitation, as The Princess Royal Silver Medal. This is to honour Her Royal Highness’s outstanding contributions as a Royal Fellow and as an exceptional champion for engineering more broadly, and a vocal and longstanding supporter of women in engineering and science.

In addition, the Major Project Award has been repurposed to align directly with the Academy’s strategic goal on sustainability and will now be known as the Major Project Award for Sustainability.  The award will recognise the contribution of a team of up to five engineers, based in the UK, who have delivered a major engineering project that has had a substantial impact on the goal towards a more sustainable society. The project can come from any branch of engineering.

Professor Bashir M. Al-Hashimi CBE FREng, Chair of the Academy’s Awards Committee, said: “I am extremely proud of the work undertaken by the Awards Committee to ensure the diversity of prizes and medals truly represents the depth and breadth of 21st century UK engineering. Celebrating engineering’s impactful achievements is at the heart of the Royal Academy of Engineering’s work and I am confident today’s announcements provide a timely reminder that we should never lose sight of all the outstanding engineers who are working towards a sustainable society and inclusive future for everyone.”