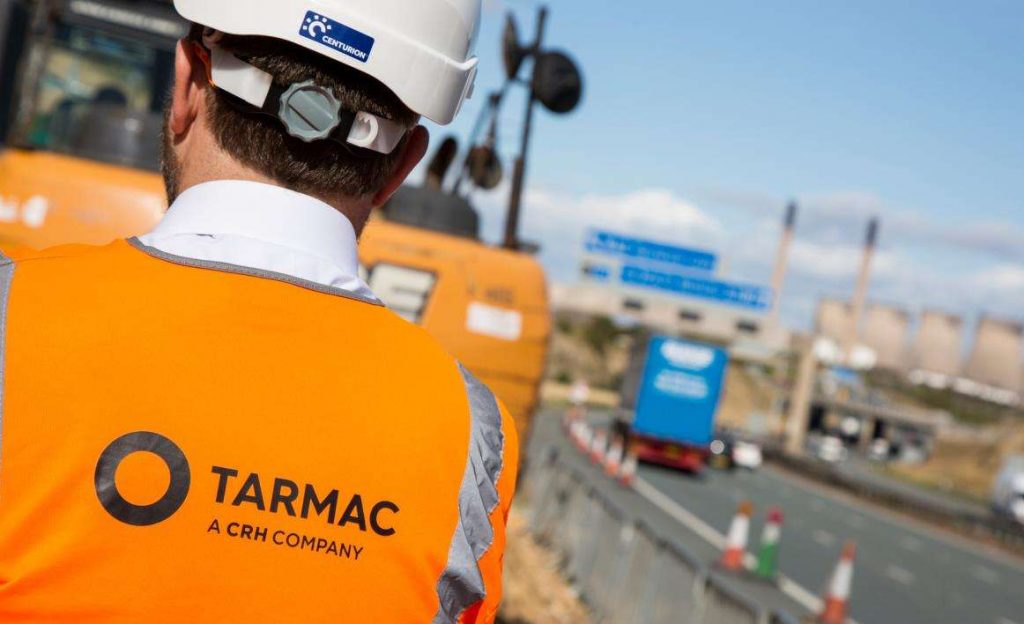 Aggregate producer Tarmac has moved from a reactive to a proactive maintenance schedule because of the use of ABB Ability Smart Sensors. As a consequence, the company says it has significantly reduced the likelihood of failures to its motor-driven equipment on two granulation plants at its Port Talbot facility.

By installing ABB Ability Smart Sensors on five of the facility’s motors, Tarmac has been able to shift to an entirely predictive maintenance schedule. This has almost completely eliminated unplanned downtime by enabling maintenance teams to detect and remedy potential faults during scheduled planned maintenance periods, long before they risk developing into system failures.

The granulation plants use slag, a waste product from the nearby steelworks’ blast furnaces. The slag is blasted with water in large revolving drums, and then filtered to leave a slurry which is dried and then sold as a strengthening agent for cement. The process has relatively low energy and carbon impact, as its raw material is itself a by-product of steel production, while the water used in the process is recirculated every six minutes.

The cost of unplanned downtime at the site can be vast. Two slag pits either side of the granulation plants are designed to temporarily store any backlog of slag. However, if part of the process fails, the slag pits will continue to fill with slag from the steelworks, and reach their capacity within a matter of hours. This would require a full shutdown of the process, costing the company thousands of pounds an hour in lost production.

Traditionally, motors would be checked through visual inspection, but that this can sometimes conceal hidden faults that do not become apparent until the motor fails. ABB Ability Smart Sensors are devices that affix directly to the frame of the motor, with no wiring required. They wirelessly transmit data on variables such as temperature and vibration to provide operators with continuous performance and efficiency metrics, without having to physically inspect the motor. The data can be accessed from anywhere at any time via a PC, HMI, tablet or smartphone.

The early warning system provided by the Smart Sensors paid off handsomely in January 2020, when the sensors detected that the bearings had deteriorated on a 132 kW motor used on a cooling tower pump. Unchecked, this would have eventually led to a catastrophic failure of the motor. Furthermore, due to the motor’s size, weight and location, it would not have been easy to replace and would typically require significant planning and specific plant equipment, costing large amounts of time and money. Instead, maintenance teams were able to replace the deteriorated bearings during scheduled downtime, long before they risked causing the motor to fail.

According to Thomas Lloyd, Maintenance Section Leader, Tarmac, the sensors have allowed the company to use maintenance time much more efficiently: “Our granulation plants are typically in 24-hour operation, so we really have to make the most of any planned shutdowns. We were keen to move from a reactive to a proactive approach to maintenance, as it not only makes better use of planned downtime but also helps us to reduce the risk of failures occurring in the first place. With a forced shutdown you’re in a race against the clock to get everything back online, and all efforts are concentrated on fixing whatever caused it. With a predictive approach we can use planned shutdowns to get 10 jobs done in the same amount of time, without risking loss of production.”

The software system which processes the sensor data integrates perfectly with Tarmac’s existing systems, as Lloyd explained: “The user interface is cloud-based and works seamlessly with our in-house maintenance systems. This is particularly helpful for us since internet speeds here in South Wales can present a challenge.”

The sensors were installed by APDS, an ABB Value Provider, as part of Tarmac’s service agreement. The ABB Value Provider network provides sales, support and services for drives and motors across the UK and Ireland, providing local technical expertise, product and service availability. It extends across the entire life cycle of products by providing services such as installation and start-up, operation and maintenance, upgrade and retrofit and replacement and recycling.