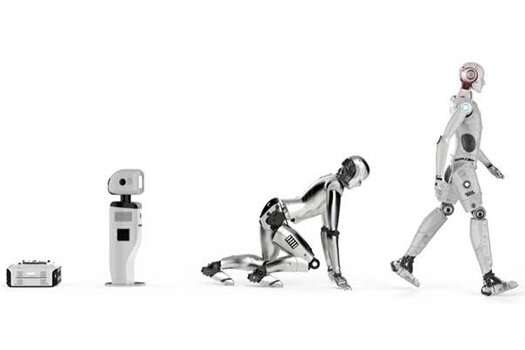 As the 20th century began, many people thought robots would be part of everyday life by the year 2000. Although that vision hasn’t materialised, modern technology makes it a lot more feasible. Today, robots are most widely used in the industrial sector. In fact, the global population of industrial robots is around 2.7 million, most of which perform 3D (“Dirty, Dull, and Dangerous”) industrial applications that are repetitive and monotonous. These robots use first-level software and protocols to communicate with other machines, telling them when to start rotating, when to start moving, and understanding when the work is done. However, interoperability and communication remain a challenge when multiple makes of robots and programmable logic controllers (PLCs) are engaged on common tasks. Without communication via a common platform, the flexibility to interchange these machines based on changing production requirements is poor. Fortunately, there is a solution.

Just as collaborative work and collective intelligence played a very important role in human progress, collaboration is key to enabling robots’ effectiveness. Various open-communication protocols are being developed to ease robots’ connection with software systems and improve their collaboration. Such ongoing software developments are critical to the continued evolution of robots.

The first industrial robot (IBM’s Unimate) debuted in 1961. As the need for robotics capability increases, robotics software will need to evolve. The next evolution for robotic collaboration requires robots to make simple decisions. These decisions will be uncomplicated and objective – deciding whether to pick the red one or pass the blue one – but even basic decision-making is necessary to meet flexible production-line requirements. Industrial robots can operate now with a low level of intelligence to meet the demands of a well-planned batch production line. But that will soon change when production lines transform to high-mix low-volume scenarios required to suit growing consumer demands for customisation.

Development of robotic software must be composed of flexible, modular blocks (such as interchangeable high-level architecture) and standardised hardware so it can be easily tailored with minimal changes. This will be necessary to address an assortment of application domains like automotive assembly lines, white-goods testing lines, heavy engineering welding lines, etc. The modular architecture will help developers keep pace with changing requirements.

As with any type of software, robotics software comes with unique challenges in networking and security. For robots to evolve, they will need to stay online in closed networks. But as more robots join a network, securing the network becomes more critical. Unfortunately, attempts to hack robots will increase in the future and multiple custom security layers need to be developed for better protection.

The next step for robotics will be helping machine communication evolve from early languages (Sumerian languages) to modern languages such as Python, Ruby, Scala, etc., at scale. Adopting the modern languages will provide enormous benefits in terms of integrations with applications that are already in use – for security, communication, and to help robots adopt sight, touch, feel, and thinking at a much faster pace. And, with AI algorithms living in the cloud, robots can synchronise seamlessly, and learn collectively from the experience of a single robot, because robots can act from a common “brain”.

Globally, some countries have already embraced a robot-friendly environment. In Japan, personal robots are trusted with taking care of the growing elderly population, and in Korea, thousands of robots are deployed as teaching assistants in kindergartens. Yet Americans have been much less eager to accept robots as part of their daily life, with most robotic growth happening in the industrial sector. Robotics is still a young and multi layered industry. And today’s robots are just the tip of the iceberg.

To promote more enthusiasm, acceptance, and enable robots to meet their potential, technologists should focus on software. Consider early mobile phones, which remained “dumb” and only connected people by voice until they could be integrated with software applications. Today, mobile-phone hardware has become largely commoditised; it is the software that defines a device’s capabilities. The amazing possibilities that are continuously opened by smart logic and complex algorithms have contributed to today’s wide spread opinion that apps can do everything.

Robotics will follow a similar path. As hardware becomes commoditised and the possibilities of apps on robots become endless, we will once again hear, “there is an app for that.” The future of robotics will be as varied as the current mobile-computing environment. There will be applications extending to robotic shopping based on personal preferences, customised teaching tailored to unique psychological profiles, health monitoring and management personalised for each patient, and leisure travel guides personalized for every traveler (around and outside the earth). The possibilities are endless.

The concept of software-controlled robotics and automation is in a budding stage. However, the robotics software market is poised to grow at a rate of 45.5% CAGR from 2021 to 2026.

Wipro Robotics, as an early entrant in this field, has developed and deployed software-controlled robotic applications in a range of industries. From this experience, it is clear to us that software evolution in robotics is critical to human acceptance of robotic technology. Companies deploying robots today should cultivate the inclination to maximise their flexibility and intelligence through robotics software to step into next level of productivity. This will help set the stage for the next generation of robotics.

Ashok Kaliyamoorthy, Manager, Robotics & Automation, Wipro is a robotics and automation enthusiast. He has been involved in developing smart manufacturing and business logic connected software applications which seamlessly orchestrate industrial robots, cobots, PLCs, AMRs, vision cameras, and other entities. He has over 14 years of experience in the robotics and automation industry and has worked closely with many automotive OEMs to make manufacturing lines futuristic.