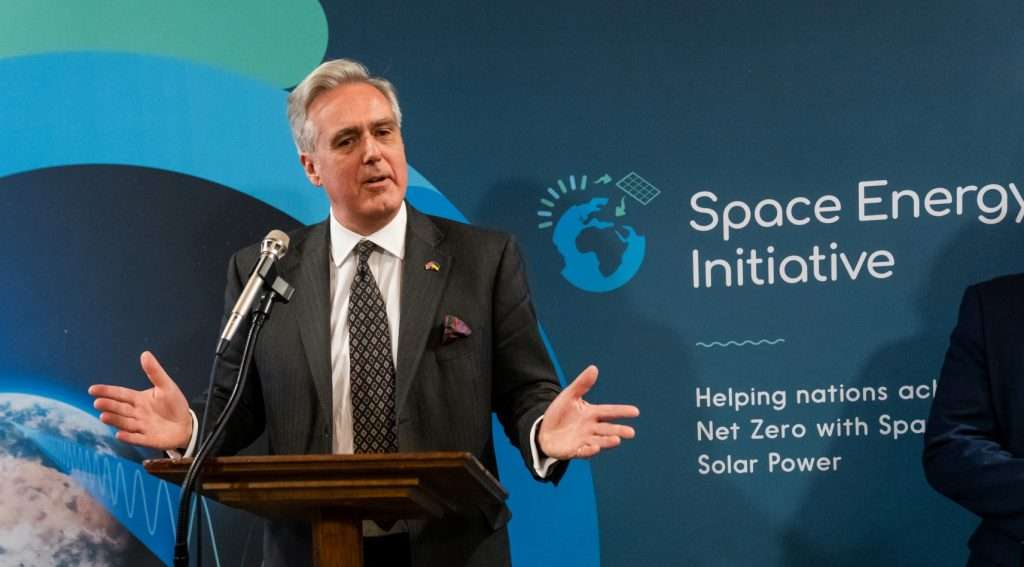 The Space Energy Initiative – an industry led consortium endorsed by the UK government to look at how space can be used to provide energy for terrestrial applications through space-based solar power, has been backed by the Manufacturing Technology Centre.

The consortium, officially launched in Westminster, will explore how space can be a solution to global energy needs and aid the transition to net zero, including the development of the first Space-Based Solar Power (SBSP) demonstrator by 2030 and a commercially operational system by 2050.

Shan Dulanty, chief engineer at the MTC, said: “We are proud to be a founding member of the SEI as well as taking a lead in the development of UK industry and supply chain capability.”

He added: “To achieve net zero we must develop new, renewable energy generation technologies that deliver continuous clean power. Space-based solar power is the concept of harvesting solar energy in space and beaming it to earth. This could provide a substantial percentage of the UK’s energy needs in the future.”

The Space Energy Initiative brings together research capabilities and commercial partners and will commission research and development, form collaborative partnerships and support the international development of regulations. It will encourage investment, create high value jobs and pave the way for a substantial proportion of our clean energy needs being delivered from space by 2050.

The MTC’s role is to ensure the development of the new technologies to support the project, the upskilling of UK industry and the identification of UK supply chain gaps in realising the vision of a UK led international approach to providing sustainable, reliable global energy.

The industry-led consortium, which consists of large and small energy, space and high-tech enterprises, intends to form a public private partnership to fund the demonstrator which would see a space-based solar power station consisting of huge solar arrays being constructed and assembled in orbit. The technologies required to support the endeavour include robotic and automated assembly, tele-operations, remote control and connectivity, and digital tools such as computer based vision.

The concept of space-based solar power dates back to the 1980s, but the radio frequency technology was not advanced enough to provide efficient transfer of energy for a commercially viable system. Now the technology is available.

The SEI was formally launched at the House of Commons. The project is seen as a moonshot opportunity for the UK by the BEIS Energy Directorate and Energy Minister Greg Hands, the BEIS Space Directorate and the UK Space Agency.

Fraser Nash Consultancy and the Satellite Applications Catapult are co-chairs of the SEI, leading the project with other founding partners including Airbus, the Energy Systems Catapult, Innovate UK, Lockheed Martin, the Engineering and Physical Sciences Research Council and several UK universities.