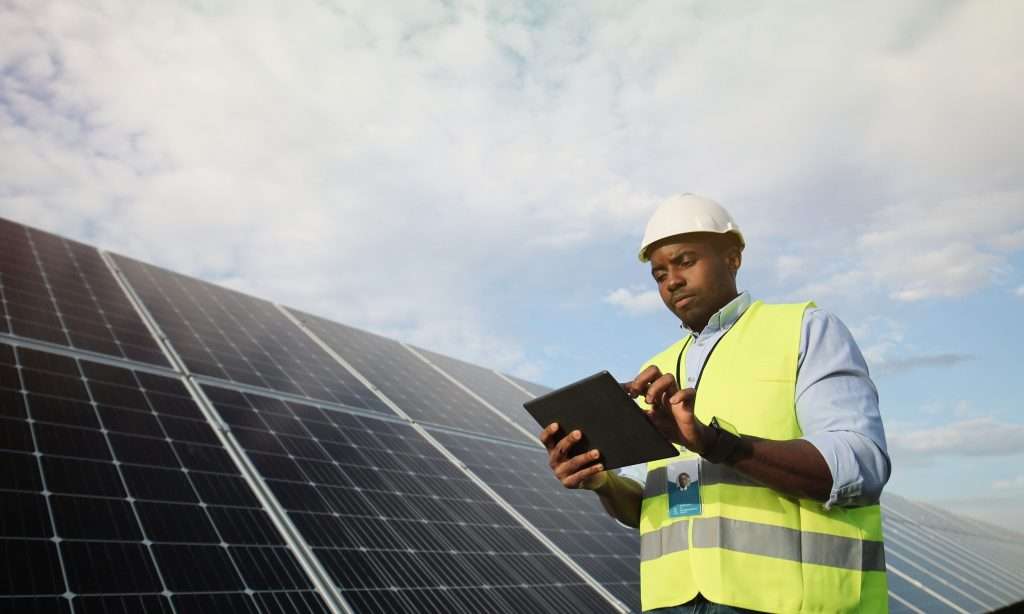 Digitalisation of the world’s energy grids has become even more essential as a consequence of The United Nations (UN) climate declaration, announced at COP26, which commits to phase out coal and subsidies for fossil fuels in favour of renewable technologies. Jurgen Resch, Energy Industry Manager at COPA-DATA, examines the state of digitalisation in the energy sector and the standards required to make net-zero possible.

The energy sector has always been an early adopter of digital technologies. In fact, in the 1970s, utility providers deployed emerging technologies to facilitate grid management. Similarly, oil and gas organisations have long used technology to improve decision making and for exploration of new assets. Despite this early adoption, the sector is continuing to face challenges related to communication.

Developed countries in particular face a complex juxtaposition; they have the technology available to digitise their networks, but their infrastructure is often ageing, making it difficult to integrate new technologies with existing propriety systems. As such, networks are often compromised of a huge number of assets communicating via numerous protocols.

Setting the standards
IEC 61850 is the defining standard for intelligent electronic devices (IEDs) at electrical substations. Explained simply, it allows protection, control, measurement, and electronic devices in substations to communicate, without the complications caused by proprietary protocols. The standard was intended to provide a basis for integrating substation equipment by using an open vendor approach.

That said, the standard is much more than an outline for communication mechanisms. When used correctly, IEC 61850 can help energy companies use digitalization to make their processes simpler and their equipment more flexible. Importantly, IEC 61850 is a vital step for the low carbon energy transition and for the management of distributed energy resources (DERs).

Concepts of IEC 61850
A key concept of IEC 61850 is data specification. Communication across all network devices enables the detailed mapping of every characteristic value, every function and all inference parameters within a network. This is achieved through the distribution of functional units — sometimes referred to as logical nodes.

An essential outcome of this function is the carrying of a Protection, Automation and Control (PAC) solution and an IED. This would ensure that if a protection device signals a ground fault, a control device can immediately instruct the circuit breaker to take action to prevent errors. With IEC 61850, this communication is done on the network, removing the need for tons of separate copper wires.

For energy grids integrating renewable power — which, at the moment, is all of them — this level of communication is essential. Let’s imagine that an electricity grid has integrated power from a wind farm, for instance. The fluctuating nature of wind power exposes the system to greater swings in power generation. Because energy is so difficult to store and many grids do not have sufficient storage, difficulties balancing supply and demand can easily cause faults.

For modern grids integrating an array of renewable technologies, ensuring seam free communication between devices can help to avoid catastrophic failures like this. In fact, to support the integration of renewable energy, IEC 61850 includes some specific standards for certain power generation types. This includes IEC 61850-7-420, which deals with the logical nodes required for hydroelectric power plants which, while this isn’t a fluctuating energy source, has its communication challenges of its own.

Modernising the grid
IEC 61850 already helps the energy industry meets the main requirements of smart grids — improving reliability, efficiency, flexibility and interoperability. However, as electrical grids need to continue to change and evolve due to an increasing reliance on renewables, the digitisation of energy networks must also continue.

We are already seeing significant changes in the types of energy used worldwide. Consider the UK as an example. Wind power provided over 40 per cent of the UK’s power in 2019, following a 96 per cent decrease in the use of coal the year prior. While this has been a great success for the environment, it is a wildly dramatic change for the grid.

To achieve the environmental goals set out at the UN Climate Change Conference, which should see all countries increasing the percentage of renewable energy in their total consumption, the grid still requires significant digitalisation — both in the UK and in almost every other country with their own environmental goals.