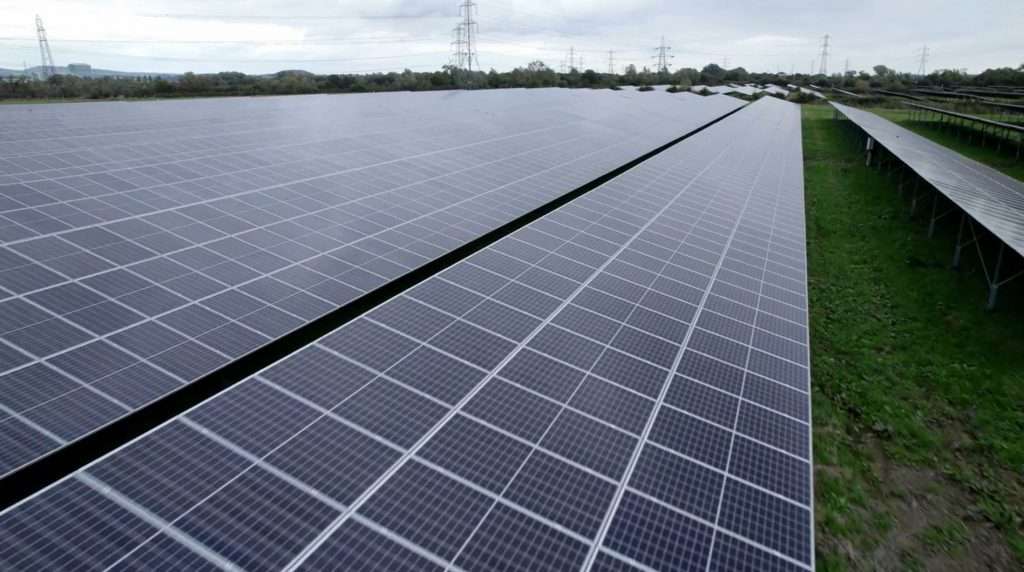 The UK Infrastructure Bank has made its first private sector transaction, which will help catalyse a new £500 million fund with NextEnergy Capital that could double the amount of subsidy-free solar power in the UK.

The fund, NextPower UK ESG is a private, 10-year solar infrastructure fund which aims to raise £500m to invest into subsidy-free solar power plants in the UK. It will be the largest subsidy-free solar investment fund in the UK, managed by NextEnergy Capital (NEC) a global leader in the solar infrastructure sector. Once the fund is fully operational it will have an expected generation capacity of c.1 gigawatt of power from around 30 solar farms across the UK. It will produce enough clean electricity to power the equivalent of 280,000 households or offset 370,000 carbon-emitting cars on the road each year.

The UK Infrastructure Bank is providing financing to the initial seed assets of the fund comprising two major subsidy-free solar farms in the UK, and plans to invest up to £250m, half of the fund’s total target fund size, on a match-funding basis with the private sector. It is hoped that this support will lead to significant investment into the UK subsidy-free solar sector.

The Bank was launched in June to support infrastructure investment to help tackle climate change and boost regional and local economic growth across the UK. The investment marks a first private sector transaction for the Bank and a significant step in helping the UK government meet its net zero goals. The seed assets which are supported by the Bank are built and operational at sites in Llanwern in South Wales and Strensham, Worcestershire which together will have an installed capacity of 115MW.

Helen Whately MP, Exchequer Secretary to the Treasury, said: “It’s great to see the UK Infrastructure Bank striking another deal, which will help power thousands of homes across the UK with clean energy and create green jobs. We are investing billions through the bank in important projects across the UK to drive growth and level up opportunities.”

John Flint, CEO of UKIB, said: “As this is the first deal for the UK Infrastructure Bank to leverage private sector investment, it is an important milestone for us. I am delighted that the Bank is able to play a role in the development of subsidy-free solar energy for the UK.”

Michael Bonte-Friedheim, CEO and Founding Partner of NextEnergy Capital, said: “The launch of NextPower UK ESG marks an important milestone in bringing together capital from both the private and public sector to fund the next the phase of evolution in the UK solar PV sector.  Unsubsidised new-build solar projects represent an attractive investment opportunity, both in financial investment returns and in the pursuit of societal objectives such as addressing climate change and improving biodiversity in the UK. NextEnergy, the preeminent participant in the UK solar market, is uniquely placed to do this and we look forward to now executing upon NextPower UK ESG’s secured pipeline of projects.  This milestone is also a further recognition of the strength of the NEC platform.“