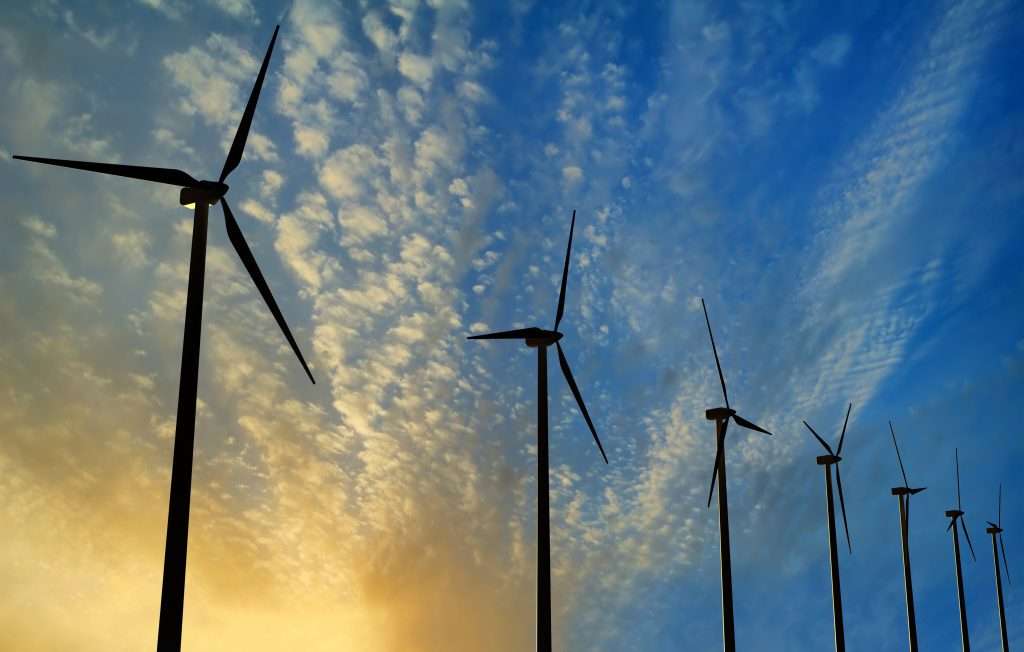 I chaired this Talking Industry broadcast in June from Tuscany where the temperature was around 30C. Now back in the UK, I am writing it up in temperatures touching 40C! The importance of energy efficiency, carbon neutrality and net zero has never been more urgent. In 2019, net greenhouse gas emissions in the United Kingdom (UK) were 454.8 million tonnes carbon dioxide equivalent (CO2e), of which manufacturing generates almost 11% of the total, so as a collective we need to invest in and promote new technologies to change our course.

The PAS 2060 standard was published by the British Standards Institution in 2010 and updated in 2014. It enables organisations to demonstrate that their carbon neutrality claims are credible and verified to increase customer confidence.

PAS 2060 is the only internationally recognised certification for organisational carbon neutrality. It guides companies to quantify their carbon footprint and supports subsequent reduction of emissions with a 12-month review. The inclusion of offsetting using certified credits encourages the support of climate finance projects that add social and environmental value.

It provides guidance on how to quantify, reduce and offset GHG emissions on a specified business area. This can include activities, products, services, buildings, projects, cities and events.

Scope One emissions are anything you directly burn – gas usage, fuel and any fugitive emissions from processes. Scope Two is indirect emissions, such as electricity and heating and cooling networks.

Net Zero also encompasses Scope Three, which is everything else – everything you buy or lease, your commuting, and business travel. For the MTC, 79.9% of our carbon footprint is Scope Three.

MTC started by turning everything off over a weekend (with a few exceptions!). “We found we could save £90k a year just from doing that, and then putting in systems, just visual management systems that said, when this isn’t being used, turn it off, we saved £100k in our electricity. In terms of a carbon neutrality, though, our biggest challenge is what we do instead of our gas. So we are looking at what’s the best answer in terms of heat pumps, hydrogen (which I think we’ve discounted at this point), solar, thermal and combined systems.” MTC plans to have the technology to replace its gas systems defined by 2023.

Gareth Jones led the discussion on ABB’s Energy Efficiency Movement, a new initiative bringing together all stakeholders to innovate and act for a more energy efficient, regenerative, adaptive world. It recognises that industry, far from being a bad actor, can make a real difference if it uses its power in the right way.

Motors tend to use about 70% of all energy within industry. ABB goes to customer sites, looks at the energy, their motors and how have been applied. “We’ll apply our expertise to help them to update technology to win new technology that can help them reduce those, those costs, you know, and right now, because of the cost of energy doubling that’s really made those paybacks you know, move those savings so much more relevant.”

Every commercial building and industrial process can be a part of a change in our climate and a solution. Amongst blue chip companies who have put their weight behind this global network are Microsoft, DHL and Alfa-Laval.

“It would be great, for example, to have the MTC and the other panelists on this call to join it,” said Gareth Jones. “What it involves is a commitment in terms of targets for reducing energy usage. And it’s an area where you can share information collaborate and develop solutions.”

In response to a question from the audience, Gareth Jones pointed out that payback times have come down as a result of energy price rises. He quoted an example of a dust extraction fan in a quarry. And the typical costs of running that a year ago was £24,000. Now it’s more like £50,000, based on 21p/kWh. This means that the payback has come down from 28 months to 12 months. As a result, it is often worth going back to review past energy audits and find those which did not quite make the payback target at the time.

How much energy is used in a factory during idle periods? Will Bridgman is Chairman of Warren Services, a 32-year-old family manufacturing business based in Norfolk. It started with three employees in a domestic garage and is now a contract manufacturing company employing 125 people.

According to Will Bridgman, “we’re now generating 825kW of solar power on our two buildings. Solar will soon produce as much power as we use in a year, but just always at the right time – more in the summer than we need and not enough in the winter. So next year’s investment is a big battery.

“We’ve also insulated our buildings and changed all our fleet bar two to electric vehicles. We’ve got biomass heating, not zero carbon, but it’s a way of reducing our gas usage. And we use UK produced wet wood pellets and not being shipped from Canada. We’ve changed all lighting in our factories to LED, combined with motion sensors and daylight sensing because the most efficient light switch is one which is turned off.

“Luckily, our solar power contractor recommended a German log system. When we put that in, we also started monitoring our incoming power through the same system. And very quickly, we learned that we’re using a lot of power when we’re not in the factory. Much of this related to applications of compressed air systems, or people coming in to work at weekends and then forgetting to switch the systems off. So we put timers on the compressed air systems!”

Annually, industry spends perhaps as much as £2 billion on compressed air – yet leakage rates of 30 to 50% are not uncommon. Let that sink in!

How many times do you walk around a manufacturing facility during the day, and there’s all sorts of noises going on? And then somebody goes in on the weekend when nothing’s going on. And all they can hear is hissing, left, right and centre everywhere.

When we look at the 10-year lifespan of a compressor, 75% of the cost is down to energy usage. But there are often leaks everywhere, just throwing money away for no reason.

“I’ve had customers where they’ve utilised an ultrasound device, and identified £90,000 a year of losses in energy”, saya Chris Hallum. “Most can be repaired simply on the spot: loose fittings, poor connections, just simple ways in which to actually improve those energy efficiencies.”

People aren’t aware of actually how much things like compressed air costs. “We help our users use ultrasound to perform surveys, identify these leaks, quantify them and show them as a cost saving, but also looking at the energy wastage and what that has in effect as a carbon emission.”

From the user side Will Bridgman agrees: “Compressed air eats energy. 10 years ago, we invested in the change from fixed speed compressors to variable speed compressors. It is unbelievable the amount we ship: CNC machining, laser cutting, folding, welding and assembly, painting and shotblasting. It probably consumes half the power we need in the factory.

“So then we put timers on the compressed air system, which was great, but then when people wanted to work Saturday morning or overtime, they’d have to go in and fiddle with it. And then they forgot to put it back on again! So then we built this simple control, which controlled the compressors without anyone touching the compressors. And if you want it to come on for an extra hour, you press a button and it turns off after an hour.”

For those who missed our four excellent speakers, of whom more later, the broadcast is available on demand on our YouTube channel (https://www.youtube.com/watch?v=w4NynGhOvMA).

And in a brand new development, Talking Industry is now being made available as a Podcast, so you can listen to us while travelling, or over dinner! No more jazz and rock music for me. Please see https://talkingindustry.podbean.com/ for more details. Podcasts are also available via leading platforms, such as Spotify, ITunes and Apple Music.

Following a Talking Industry broadcast, we aim to write up and report on the event as soon as possible, to maximise the on-demand audience. As we all know, more haste, less speed, and following the broadcast on Plant and Asset Maintenance (10 May 222), two errors crept in concerning Schaeffler’s contribution by Sally Sillis.

Firstly, we referred to Schaeffler’s brand names for bearings as INA and FMCG (which is Fast Moving Consumer Goods) and not FAG.

Further into the piece where we covered a Schaeffler product which was introduced to assist with preventative maintenance, we referred to it as Uptime, when it should have been OPTIME.

Condition monitoring can be expensive, which is why up to 95% of all machines inside factories are only sporadically monitored, or often not at all. This can lead to unplanned breakdowns and downtime.

OPTIME from Schaeffler allows for comprehensive condition monitoring that is both easy and affordable. Thanks to its simple plug & play installation, OPTIME allows you to start monitoring hundreds of rotating machines in just a few hours.

With the ability to work on almost all machines, OPTIME can detect potential damage, imbalances, or misalignments – even weeks in advance! This enables long-term maintenance and spare-parts requirements to be planned in advance.

We apologise again for the two errors.