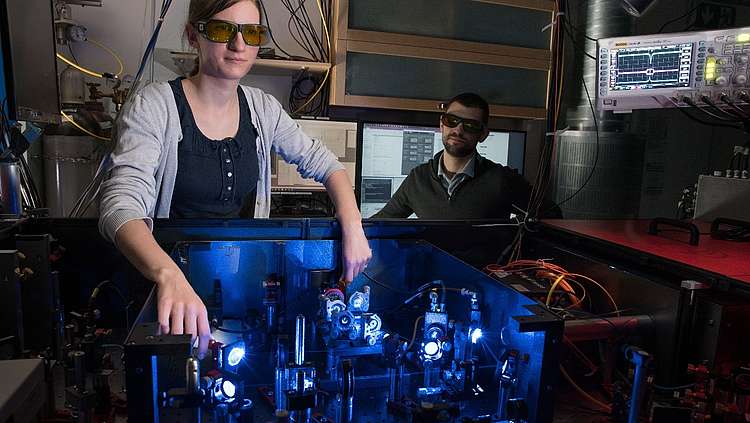 Quantum computers are designed to handle massive calculations and huge amounts of data. Trapped ion computing is a technology gaining momentum in the quest to commercialise the technology.

Now, Toptica is a partner in the ATIQ project (Trapped-Ion Quantum Computer for Applications) just getting underway. Coordinated at Leibniz University Hannover, it is the largest German consortium to build, operate and use quantum-computing demonstrators based on trapped ions.

ATIQ features 25 partners from industry, research institutions and academia, who have teamed up to tackle the related challenges and exploit the huge potential of quantum-computing technology, aiming for reliable and user-friendly 24/7 operation. The German Federal Ministry of Education and Research (BMBF) funds 84.1% of this €44.5 million project.

The quantum computers will rely heavily on Toptica technology. To this end, Toptica will perform research on advanced technologies tailored for the precise conditioning of laser light. The resulting prototypes will be combined with high-end laser systems from Toptica’s existing product portfolio for optical control of the ions – initialisation, control and read-out of the qubits.

“We are looking forward to the collaboration with our distinguished partners and are happy to contribute to the success of this exciting five-year project,” explains Dr. Jürgen Stuhler, Vice President Quantum Technologies, Toptica Photonics AG.

Toptica has been developing and manufacturing high-end laser systems for scientific and industrial applications for 20 years. Our portfolio includes diode lasers, ultrafast fibre lasers, terahertz systems and frequency combs. The systems are used for demanding applications in biophotonics, industrial metrology and quantum technology.

Trapped-ion quantum computers are far from new: they were the basis of the qubits in the first basic quantum circuit in 1995, long before anyone used the alternative technology of superconducting loops — the tiny superconducting loops embraced by technology giants such as IBM and Intel. Superconductors enabled Google last year to claim it had achieved ‘quantum advantage’ with a quantum machine that for the first time performed a particular calculation that is beyond the practical capabilities of the best classical computer. But a separate approach, using ions trapped in electric fields, is gaining traction in the quest to make a commercial quantum computer.

Efforts to put all the building blocks together to build viable commercial systems are “sort of bursting on the scene now”, says Daniel Slichter, a quantum physicist at the National Institute of Standards and Technology (NIST) in Boulder, Colorado.

In 2020, technology and manufacturing company Honeywell launched its first quantum computer using trapped ions as the basis of its quantum bits or ‘qubits’, which it had been working on quietly for more than a decade. Honeywell is the first established company to take this route. Seven months later, the firm unveiled an upgraded machine; it already has plans to scale this up.