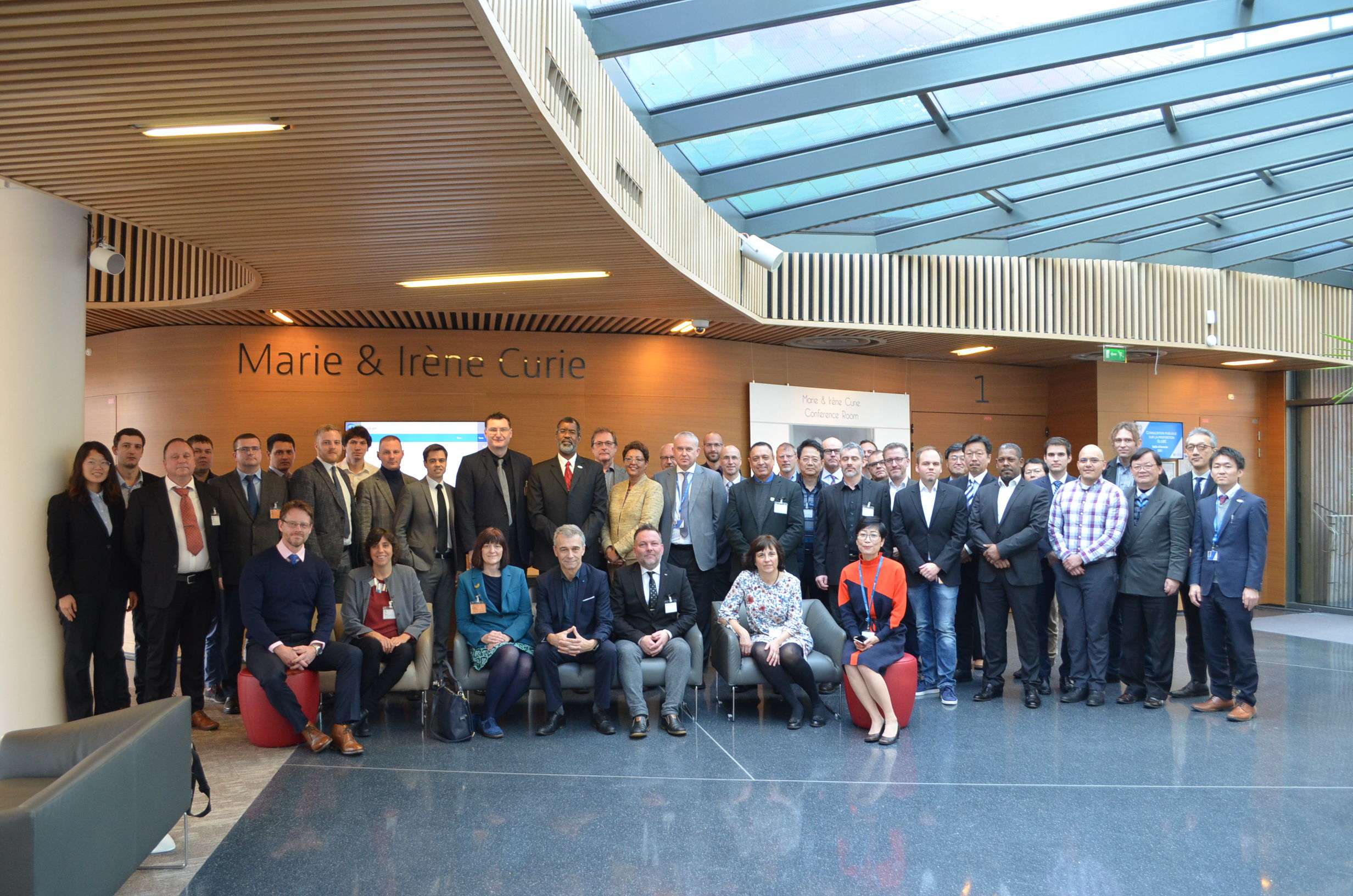 University of Birmingham Professor of Robotics, Rustam Stolkin, has been elected as Chair of a new international Expert Group on Robotic and Remote Systems (EGRSS) – part of the OECD’s global Nuclear Energy Agency (NEA), which brings together the governments of 33 member nations.

Professor Stolkin was unanimously elected to chair the Expert Group on Robotic and Remote Systems (EGRRS) at a recent inaugural meeting, which brought together 40 experts from 14 OECD member countries as well as three international organisations including the European Commission.

The OECD-NEA contacted Professor Stolkin one year ago, and asked him to work with them to create the Expert Group, which focuses on the application of Robotic and Remote Systems (RRS) for nuclear decommissioning.

After a year of collaborative work, the EGRRS was formally launched in December 2019 at the OECD’s Paris headquarters. The EGRRS has an initial remit for two years, with potential for future extension.

Professor Stolkin is currently the Royal Society Industry Fellow for robotics, part-embedded with the UK’s National Nuclear Lab, which provides decommissioning expertise and services to UK and international nuclear sites. He is also director of the UK’s National Centre for Nuclear Robotics, a £42million consortium of 12 research institutions and industry stakeholders, developing state-of-the-art robotics, sensing and AI technologies to address the major societal challenges posed by nuclear environments and materials.

He commented: “I feel deeply honoured to be elected as Chair of this high-profile Expert Group, an appointment which reflects the consensus of the expert international community that the UK National Centre for Nuclear Robotics is a world-leading and pioneering institution.

“My election as chair received strong support from the European Commission, who are actively participating in the EGRSS and are promoting the H2020 RoMaNS project (Robotic Manipulation for Nuclear waste Sorting and Segregation) as its flagship robotics project.”

H2020 RoMaNS was a €7million European Commission project, led by Professor Stolkin at Birmingham, which brought together five labs in three countries during 2014-2018. The success of RoMaNS helped pave the way for University of Birmingham to win funding to create the National Centre for Nuclear Robotics, established in 2017.

In order to work with the OECD, Professor Stolkin was formally nominated by BEIS, via the UK Foreign and Commonwealth Office. He is therefore serving as a representative of the UK, in an ambassadorial role with the OECD.

Cleaning up the UK’s 4.9million tonnes of legacy nuclear waste is the largest and most complex environmental remediation task in Europe, expected to cost up to £232billion and take 120 years to complete [Nuclear Decommissioning Authority 2019].

Much of this work must be done by robots, because the materials are too hazardous for humans. However, many of the necessary advanced robotic solutions have not yet been developed. Without significant robotics advances, it is expected that one million entries of human workers will be needed into contaminated zones, wearing air-fed plastic suits.

Robotic systems are needed for monitoring, maintenance and Plant Life Extension (PLEX) in the UK’s current fleet of operating nuclear power stations. Robots will also be an essential element in the design of new-build reactors. The nuclear industry is increasingly keen to embrace advanced robotics technologies, to make complex operations, in hazardous environments, safer, faster and cheaper.