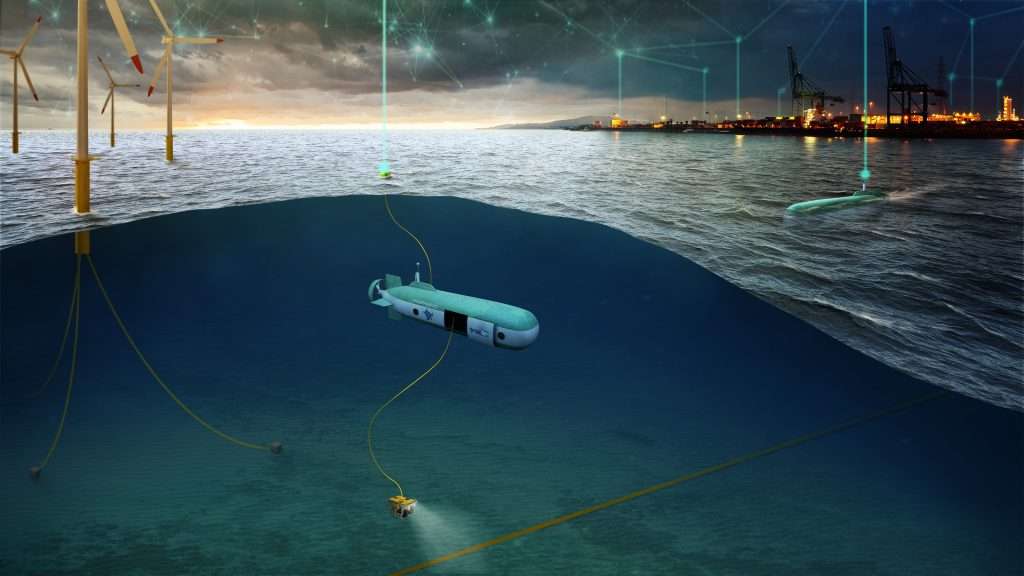 Aberdeen technology developer HonuWorx and the Offshore Renewable Energy (ORE) Catapult have announced they are set to demonstrate a concept for a submersible mothership that will make subsea robotics a sustainable and cost-effective solution for offshore wind farms.

The project, funded by Innovate UK, will develop Ridley, a submersible platform that can transport large robots and remote operated vehicles (ROVs) to offshore sites and release them directly under the water. A successful outcome to the project will inform HonuWorx’ roadmap towards their highly disruptive Loggerhead concept, which will utilise an autonomous mothership as a mobile power and communications hub for ROVs and autonomous underwater vehicles (AUVs).

The concept is being highlighted by ORE Catapult as one that can resolve the remaining barriers to adoption of subsea robotics by the offshore wind industry in terms of cost, carbon footprint, battery life at sea and digital connectivity.

While ROVs exist for offshore wind farm inspections, they rarely achieve more than 50% of their annual utilisation as they rely upon large, crewed, diesel-powered vessels for transportation. Largely due to the use of these vessels, a 21-day inspection mission may cost up to £1.5 million and emit more than 500 tonnes of carbon dioxide.

By transporting the ROVs in a lightweight, autonomous submersible, much of this financial and environmental cost can be eliminated. Once at site, the platform submerges to deploy subsea robots without the need for crane drops, which means deployment is possible in rough weather and stress on the robot’s sensors and tooling is reduced.

A further transformative step will be the coupling of automation software for coordinating multiple platforms with communications technologies that can utilise satellite, 4G and 5G as best suits each location at sea. HonuWorx Distributed Control Centres (DCC) will allow for remote supervision from shore, while equipping the mothership with charging points will resolve many of the battery life issues that restrict the use of ROVs at sea.

“The offshore wind industry recognises that robotics and automation are key technologies to ensure decades of continued growth for the sector: sending people to ever more remote and deep-water sites will become progressively more difficult and expensive,” says Ben George, General Manager of ORE Catapult’s Operations & Maintenance Centre of Excellence.

“Cost reduction, safety improvement and operational integration: those three challenges are driving technology development in offshore wind operations and maintenance. That’s why this project is so significant: it addresses those factors head on, while also aligning with our own priorities around accelerating robotic, sustainable and smart technologies in the sector.”

“HonuWorx was founded with a vision to accelerate the uptake of underwater robotics technology in vital sectors such as offshore renewables,” says Lee Wilson, HonuWorx CEO and Co-Founder.

“Our team has spent many years pushing the envelope in subsea robotics and believe that existing operating modes can no longer scale sustainably, or at the pace needed to address some of our most critical challenges. We’re delighted to be working with ORE Catapult on this project. It will give us an acute sense of the issues offshore wind operators face and how we can optimise our technologies to remove them.”